farmer leader Darshan Pal, who heads the Krantikari Kisan Union appealed Karnataka farmers to be ready for a larger struggle. Speaking to Swati Shukla of Gauri Lankesh News, Pal said, “the struggle will be a coordinated struggle of all India farmers in various states”

The Narendra Modi led BJP government at the Centre had not anticipated the mammoth backlash by the farmers across the country against its anti-farmer reforms. The Delhi Police has so far recorded 22 FIR cases in relation to the Republic Day Parade and the violence at Red Fort and ITO with charges of vandalism, rioting and incitement. ANI has tweeted that this includes leaders such as Bharath Kisan Union (BKU) spokesperson Rakesh Tikait, Darshan Pal, Swaraj India President Yogendra Yadav, Joginder Singh Ugraha, Rajinder Singh, Medha Patkar, Bhuta Singh and Satnam Pannu.

Also read: BJP Plants its Elements to Disrupt and Demolish the Farmers Movement

The police officials have also further said that case against the violence at Red Fort is going to be investigated by the Crime Branch and the FIRs have been registered under Section 395 (dacoity), 397 (robbery or dacoity with an attempt to cause death or grievous hurt), 120-B (punishment of criminal conspiracy), and other sections of the IPC.

Baal Veer S Rajewala, the union leader of Bharath Kisan Union, spoke in a press conference at Singhu border on January 27, 2021 and said, “the government is responsible for the violence on the Republic Day. We would continue our peaceful struggle. 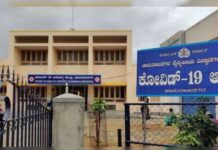 Podcast on the Migrant workers Report

After a day of darkness, UP finally postpones discom privatisation plan