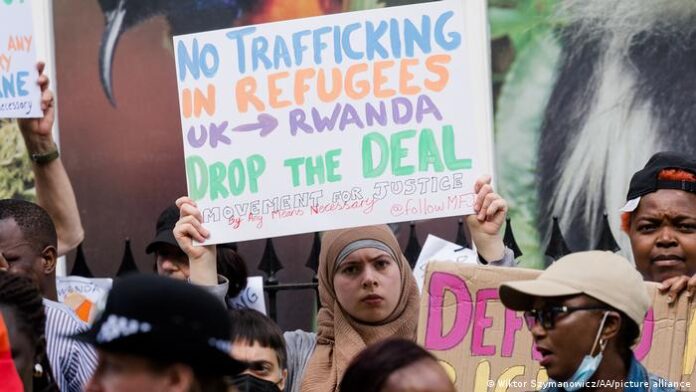 In June 2022, the UK government attempted to begin the first of what is expected to be many deportations of refugees who have sought refuge in the UK to Rwanda. The refugees come from different parts of the world, but the United Kingdom has entered into a deal with the government of Rwanda to take in refugees in exchange for USD 150,000,000. The deal has been called cruel and traumatizing to those who have sought asylum in the UK.

When the first round of deportations was called, the refugees challenged the deportation legally individually, claiming that the deportation undermined their dignity. The UK Court of Appeal rejected the case. The first deportation was supposed to happen on 14 June 2022. The European Court of Human Rights issued an injunction to keep the plane with the refugees from taking off. It was a last-minute intervention, keeping 7 asylum seekers from leaving the UK.

Boris Johnson’s Premiership rode on fear of foreigners. On 14 April 2022, Prime Minister Boris Johnson gave a speech where he said he would work to end “illegal” migration. He claimed that immigration is causing strain on welfare services in the country. He claimed that “illegal” immigration is a result of human trafficking and the only way to stop it is to punish the people who have been trafficked with high sentences. He said that his government would invest nearly 500 million pounds in surveillance technology and military personnel to prevent the incoming of migrants from the sea and that he has opened a deal with the country of Rwanda to take in any refugees. Boris Johnson said that this arrangement would deter trafficking and discourage future refugees from making the dangerous trip to the UK across the English Channel.

The United Nations Refugee Agency criticized the move, saying that the UK is shirking its responsibility and that Rwanda has had a shaky history of human rights. This deal sets a precedent for richer countries to pass their responsibilities regarding refugees to poorer countries.

Rwanda has defended the deal claiming that accusations against their human rights records are unfounded. Rwanda has promised asylum seekers up to 5 years’ stay as well as economic support. In 2014, Rwanda attempted a similar deal with Israel, when Israel paid the Rwanda government USD 5,000 per refugee. The refugees came mainly from Sudan and Eritrea. Israel sent nearly 4,000 refugees to Rwanda. The plan failed miserably. Those who tried to stay in Israel faced detention. Refugees who went to Rwanda were not given proper documents and could not stay. They mostly fled the country and travelled through many countries at great risk.

Rwanda is already home to 130,000 refugees coming from neighbouring countries in Africa.

What is a refugee?

The United Kingdom received nearly 50,000 applications for asylum in 2021 with Iran being the number 1 source of origin, with nearly 10,000. Other countries of origin include Eritrea, Albania, Iraq and Syria. In the UK, there are currently over 80,000 pending applications. It is estimated that there are over 1,00,000 asylum seekers in the UK.

Owing to poor awareness, a hostile government and desperate situations, refugees are often forced into the informal sector, where they work for low wages, and can be targeted by the state or by a local population that is hostile to them. Scholars have noticed that undocumented immigrants are often criminalized to make their work cheaper in a phenomenon known as Crimmigration. By putting harsh penalties on undocumented immigrants, workers are given lower wages. This helps big business and bypasses the hard-won rights of local struggles. Politicians also use the fear of immigration to pit the native working class against immigrants.

In the world, there are almost 25 million refugees. Most refugees seek asylum in countries neighbouring their country of origin. Often refugees have to constantly migrate until they are granted asylum. Many of them are under threat and move to areas where they have some community. Asylum seekers often do not know the laws regarding immigration and live in countries where they do not have the right to work, being forced into the informal economy, where they are targeted.

Why are countries across the world cracking down on Refugees?

After World War II, countries across the world tried to become more open to immigration. During the Cold War, many countries sought status by showing how open and diverse their countries were, being representative of the world at large. However, since the 1970s, there was a rollback in these policies. From the 1970s onwards, many countries claimed they were losing autonomy. Politicians began fearmongering. They would blame terrorism, organized crime and drug use on immigrant populations. Undocumented immigrants, who earlier worked in the unorganized sector of the economy, became easy targets, as they did not have a voice. This is true even in India, where since the 1980s, immigration laws and fear-mongering have left migrant working populations in the informal sector in a precarious position.

Despite Boris Johnson’s bravado, experts are unsure how effectively the plan to relocate refugees will be. Refugees have a problem with documentation. The policy only creates a climate of fear that they will be caught and sent to an unknown fate.

The author is a mathematician and political observer based in Bangalore.

Congress killed Handloom in Gandhi’s name, BJP is killing it in... 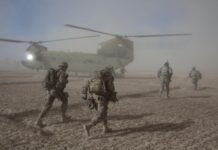