Election campaigning brings out the worst among the political parties. In the run-up to the West Bengal elections, it’s Mamta Banerjee Vs Modi with each targetting the other with colorful names every other day.

Today in a public rally near Kolkata, Mamta Banerjee attacked PM Modi calling him ‘dangabaaz’ (rioter) and ‘daitya’ (demon). The response seems to have come over a CBI probe involving her nephew Abhishek Banerjee’s wife.

“You can kill me, thrash me. But can you disrespect a woman? The bahu (daughter-in-law) of my house? And call her coal thief,” the Chief Minister railed.

“Bengal to stay Bengal or whatever the BJP makes of it? Gujarat will not rule Bengal,” she asked.

“You are calling our mothers and daughters coal thieves? You are hardly spotless. We know everything but I won’t say anything as it is beneath me.”

“PM Narendra Modi is the biggest dangabaaz in the country,” the West Bengal Chief Minister said, addressing a Trinamool Congress rally at Hooghly near Kolkata to campaign for the state election three months away. The Dangabaaz dig was viewed as a direct response to the “tolabaaz” taunt that the BJP uses for Trinamool.

Two days ago, PM Modi had launched a vitriolic attack on Banerjee and the ruling party TMC, calling them tolabaaz (extortionists) and corrupt relying on cuts. It will be the BJP that will bring true change (poribortan) and a ‘sonar bangla’ to development-starved Bengal, he had declared.

She also proclaimed that a “worst fate” awaited the PM than Donald Trump, who lost his re-election bid in November.

Speaking from the same spot where PM Modi had campaigned two days ago for the approaching Bengal election, the Chief Minister also challenged the BJP to “arrest” 20 lakh Trinamool Congress workers in the state, including herself.

“Nothing can be gained from violence,” she said, and urged the voters not to vote for the BJP since they are doitya and a danab (Bengali for demons).

And, she warned the voters, that they (BJP) will try to break their spine. “They will infiltrate. They will grab Bengal,” she said. Mamata then questioned the crowd as to what they wanted?

According to Banerjee, PM Modi and Home Minister Amit Shah are spreading lies and hatred throughout the country. 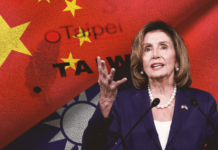 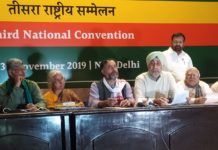 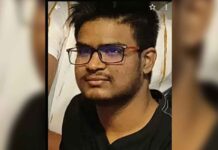 Rise of Hindutva forces in Bengal