Today the Samyukt Kisan Morcha will observe ‘Yuva Kisan Diwas’ as a mark to respect the important role of youth in agriculture and also in the ongoing farmers’ movement.

Samyukt Kisan Morcha will be marking February 26th, 2021  as “Yuva Kisan Diwas”. On this day, the stage in all protest sites will be managed by youth.

Today several central trade unions and transport unions have called for Bharat Bandh. SKM has also lent support to that call and have appealed to all farmers in the country to support all the Bharat Bandh protestors peacefully and make the Bandh a success.

The link for the registration is: http://bit.ly/3pNmzb5

Samyukt Kisan Morcha condemns the management of the DAV School in Gopalapuram, Chennai, for publishing prejudiced presumptive questions for students to write an essay on, the January 26 tractor parade in New Delhi. The questions reflect the prejudice of the management against farmers and their peaceful protest.

AIKSC Tamil Nadu has strongly condemned the act of setting up a question paper which suggests that the violence on January 26, 2021 was an international conspiracy. In its statement the Coordinating Committee observed that the question paper suggests that the protesting farmers indulged in criminal activities by damaging public property, insulting national flags and attacking the police. In its statement AIKSC Tamil Nadu noted that the school administration with questions like this was propagating ‘slanderous picture of farmers’ and they ‘strongly condemn this act of the school’.

SKM condemned politically motivated IT raids on Independent member of Haryana Legislate Assembly Balraj Kundu. Kundu has been a vocal opponent of the BJP-led government in the state; he has also been actively supporting the farmers’ agitation. 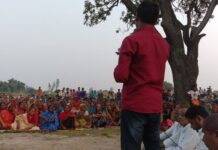 Attack on Al Aqsa Mosque and the struggle over Sheikh Jarrah

Bihar Elections 2020: First round of counting Predict lead for NDA 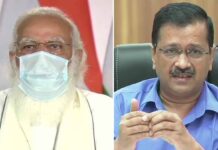 Press Council of India on the difficulties faced by Media Persons...