The monsoon session of Parliament started on a series of speeches from the opposition parties about the government handling of the COVID crisis, the migrant crisis, and the ordinances that BJP passed without taking the opposition into confidence.

On Tuesday members of the opposition boycotted all parliamentary sessions. They raised three demands with regards to the Agricultural Laws and asserted that they wouldn’t return until demands are met. Shockingly, that very day the Parliament passed 7 key bills in the complete absence of opposition.

They cheated. They broke every rule in Parliament. It was a historic day. In the worst sense of the word.

On Sunday, 9:00-13:00 had been allotted for the parliament session. During the time, opposition members extensively critiqued both the introduction of ordinances during COVID-19 so as to pass legislatures without scrutiny. Moreover, the BJP was also criticised for not speaking to farmer organisations, or taking the agitations into consideration.

At 1 pm, Deputy Chairperson Harivansh Narayan Singh extended the proceeding. The BJP had agreed to this, the opposition had not; if the session had ended as planned, the opposition would have had time to move resolutions against the Bills.

Frustrated, Aam Aadmi Party MP Sanjay Singh, TMC member Dola Sen and others marched into the well of the House raising slogans against the legislations. RSTV audio feed was cut for these protests. Later, 8 of these MPs were suspended for “unruly behaviour.”

As this was happening, Singh asked for a voice vote to decide if the Bills should go to a special committee consisting of both the NDA and the opposition. Traditionally this is followed to assure that the Bills are carefully examined. Many members including CPI(M) MP K.K Rajesh claim they asked for a division of votes, but the Deputy Chairperson ignored their requests.

During the ruckus, the Chair passed the Bill despite clear dissent.

At 3:40, 100 members including the Congress, RJD, CPI, CPI (M) NCP, TRS, SP, IUML and TMC signed a no-confidence motion against the Deputy Chairperson, which the Chair rejected.

Around 1pm on Sunday September 20, the government murdered parliamentary democracy. They broke every rule of #Parliament.
Did they hope that the opposition would just sit and watch?

Voting in the Rajya Sabha occurs in two primary ways:

The former is only used if the Bill is received unanimously and should not have been applied to the deeply controversial farm bills. They were highly critiqued by other parties; this included BJP’s long term allies, Shiromani Akali Dal, who gave instructions to its MPs in parliament to vote against the Bill. Other allies such as Biju Janata Dal, TRS, and AIADMK also opposed the Bills. Therefore, it is unlikely that the BJP would have passed the Bills with a division of votes.

Parliamentary procedures recognise the lack of legitimacy of the voice votes; if even one person challenges the Chair’s decision of using voice notes, then they must order a division. This is considered an MP’s right. However, this must be before the decision is announced.

It is possible that the opposition’s claim that they asked for the division of vote before could be false, but video footage of the bills being passed shows an extremely suspicious situation. When the deputy chairman passed the bills, the situation was so chaotic that it would have been impossible to ascertain how the MPs voted.

The dubious decision to go with a voice vote, the audio being cut along with the no-confidence motion being rejected suggests that the Chair’s decisions have been unlawful and from a partisan position.

Besides this, they also stated that the MPs must be reinstated.

The boycott could have been useful if the BJP did not have enough members on its own. But they hold a majority in the Lok Sabha, and in the Rajya Sabha there are currently 86 members from the BJP. The Rajya Sabha only requires 25 to conduct a session. If anything, the members boycotting the decision made matters worse for the people they are meant to be representing.

The MPs who had been suspended argued that this was because they had moved resolutions against the upcoming Bills. What does removing even more of their members achieve if not make matters easier for the BJP?

Sure enough, on the first day of the boycott, the Rajya Sabha was able to pass 7 bills in 3 and a half hours. The productivity of the Lok Sabha and Rajya Sabha are also at 167% and 100.47% respectively, meaning they’re able to push bills forward with little to no scrutiny. This is especially useful when passing controversial bills, like the Labour Bills, 2020.

In their “protests” Opposition also isn’t using their resources to mobilise the masses and storm parliament. They’re simply holding up signs the BJP can walk past.

Can we have an effective Opposition?

Since 2014, this is the question in the minds of many well-meaning Indians. Maybe it’s too much to expect from the parliamentary opposition party to do the job. At the most they can do walk outs, submit memorandums to the President and sit near Gandhi statue. But does the opposition have any moral right or face to act like being cheated or a victim.
As the BJP pointed out in the parliament the Bills were not that different from Congress’ own neoliberal policies; they had the same reforms in their 2019 political manifesto. SAD created a spectacle with Harismrat’s resignation, but in 2001 the party had set up a committee to remove these restrictions on agriculture trade and commodities. The UPA government’s downfall itself can be attributed to its own pro-market policies, which led to mass discontent. During the lockdown the coalition in Maharashtra also tweaked labour laws to increase working laws, causing union unrest.
The answer can be in the present opposition itself, which has reduced itself to just namesake. As the article in The Caravan says-
“The real question is: why is the extent of rural distress not fully manifested in the election results? The reason is Congress’s complacency and inability to be a real opposition…This is a technical victory for the Congress when it should have scored a knockout.”
If they are able to suggest policy changes that include loan waivers, procurement price support, lucrative prices for farm produce, and so on, then the opposition parties may be able to capture voters in rural areas during this key moment in time. However, this can’t be done by just banking on the population’s anger towards the BJP.

Also Read:Massive Protest in Bangalore against the Anti labour and Anti farmer Bills

Nationalist Rhetoric should be toned down: HD Devegowda on Indo-China Standoff

How Cuba is saving the world during COVID-19 pandemic? 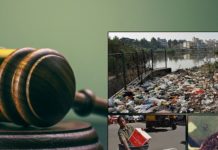