Adivasis across the country are agitating for the inclusion of a separate tribal religion code in the upcoming 2021-22 census. Meanwhile, the BJP and RSS in Jharkhand are campaigning amongst the Adivasi community to convince them to register themselves as Hindus in the 2021 Census.

Under British rule, there was a separate ‘Tribal Religion’ code that Adivasis could write themselves under. This was included in the 1951-52 census after independence but was abolished in the 1961-62 census. The demand for a separate religion code has been gaining momentum again. On September 20, Adivasis from Jharkhand staged a massive protest, forming a huge human chain that included hundreds of people from villages, towns, blocks and panchayat wards, and many organizations and committees as well.

Arving Oraon, the Chief Convener of the National Adivasi-Indigenous Religion Coordination committee, said that people of all religions and sects living in Jharkhand also participated in the protest and extended their support for the demand. The movement was also supported by people from other states, including members of the Bhim Army. According to Arvind, voices have been raised from all parts of the country for the demand of a separate column for Adivasis in the past as well.

According to Yogo Purti, the decision to exclude the Tribal religion column or Sarna religion column and with it the third-largest group of the country with a population of more than 150 million people, shows an attempt that has been going on for several decades to destroy the core of their religion, faith, language, traditions, culture, and identity as a community. The separate religion code that is a marker of the national tribal identity was included on paper from the years 1871 to 1951. However, its abolition was a political conspiracy in independent India. At present, there are separate religion columns for many other minorities including Muslims, Sikhs, Christians, Jains, Buddhists, Persians, Jews, Lingayats, etc, but to only exclude the separate religion column of the Adivasis is an attempt to deprive them of their constitutional and fundamental rights.

Ratan Tirkey, an expert in Adivasi issues, said that Bandhan Tigga, the person who gave the name of ‘Sarna Dharma’ to tribal religion, was very close to the RSS. He also says that the word ‘Sarna’ is not in the vocabulary of any tribal language. Sangram Besra, a retired administrative officer from Jharkhand, confirms that out of the 32 tribal communities that are there in Jharkhand, the word ‘Sarna’ is not there in any of the languages.

According to him, the word ‘Sarna’ belongs to the Nagpuri-Sadri dialect spoken in Ranchi. Aloka Kujur, an Adivasi social activist says that the word ‘Sarna’ is RSS-sponsored. The RSS wants to create confusion amongst the tribals about their religion, so that they are not able to unite under one platform.

After the option for ‘Tribal religion’ was removed and replaced with an ‘Other’ category in 1961 without any stated reason, the demand for a separate religion category was raised multiple times. In the 80s, Congress MP Kartik Oraon had advocated for a separate religious category of ‘Adi Dharma’ in the Parliament, but the Central government at the time did not pay any attention to this demand. Later Ramdayal Munda, the linguist, sociologist, tribal intellectual, and social worker, put forward this demand once again but it was again ignored. Declaring himself the religious leader of the tribals, Bandhan Tigga in 2001-2002 coined the name of ‘Sarna Dharma’ and raised the slogan of ‘No Sarna No Census’. Later, a Congress MLA Devkumar Dhan carried the movement forward but left it on the backburner when he joined the BJP. After all this, in the 2011-12 census, even the option of ‘Other’ was removed.

The argument given was that while all religions have their own worshipping places to mark their identity. Hindus have temples, Muslims have mosques, Sikhs have gurudwaras, and so on, whereas Adivasis have no such worshipping place and they worship trees and plants, due to which they cannot be considered as having a separate religion. All these changes took place during the rule of the Congress. At whose behest and for what reason is not yet clear.

Meanwhile, Seva Bharati, an RSS-affiliated organization, has been trying to establish Hindu rites and rituals in tribal-dominated areas under the banners of Vanvasi Kalyan Kendra and Vanbandhu Parishad. The RSS is of the view that the percentage of Hindus in the total population of the country has come down due to the Tribals stating their religion as ‘other’ in the census.

The RSS is on a mission to ensure that Adivasis put down their religion as ‘Hindu’ in the upcoming census so that the population numbers of Hindus increases. While the truth is that the Corporate-funded RSS-BJP government has its eyes on Adivasi’s land, water, and forest resources. They are attempting to reduce the population of Adivasis by listing them as Hindus so that their community becomes so weak that when the corporates attack their land, water, and forest resources, they are not even able to resist.

According to the Constitution of India and government reports, Adivasis have cultures and traditions different from other religions. According to the Census report of 2011-12, the number of Adivasis is nearly 12 crore, which makes up about 9.92 of the country’s population. It is worrisome that in spite of this, they are not counted as a separate religion in the census. In Jharkhand, Adivasis make up nearly 90 lakh people out of the total population of 3.5 crores.

At present, there are 781 Adivasi communities in India. Amongst them, there are 83 different religious traditions. The prominent ones out of these are known as Gound, Punem, Adi, and Koya. What is common to all the religious traditions is that they are all worshippers of nature and of their own ancestors. Amongst them, there is no priestly class, no caste system, no holy texts, no temples, and no deities.

According to Tony Joseph’s book ‘Early Indians’, the first inhabitants of the Indian subcontinent were those who arrived here from Africa about 60 thousand years ago. About three thousand years ago, the Aryans arrived in India and drove the original inhabitants into jungles and mountains, who are now called Adivasis. On the other hand, the RSS promotes a theory where the Adivasis were originally Hindus, who had fled to the forests due to the tyranny of Muslim rulers, a claim that has no absolutely any scientific or historical basis.

The RSS, in order to implement its political agenda, calls Adivasis ‘Vanvasis’, meaning those who live in forests, because the word ‘Adivasi’ in itself means that they are the original inhabitants of this land. Whereas, the RSS’s ideology of the Hindu Rashtra says that the Aryans were the original inhabitants of India and that they migrated to other parts of the world from here.

People from Adivasis communities from across the country had staged a one-day dharna at Jantar Mantar on February 18 this year to demand a separate Religion code in the upcoming 2021-22 census. Besides Jantar Mantar, protests also took place in front of the Rajbhavan in various States. Along the same lines, Adivasi communities of Jharkhand created a massive human chain in order to demand a separate Tribal column.

The author is a Jharkhand based journalist. The article has been translated to English by Damayanti Saha. The original article in Hindi can be found here. 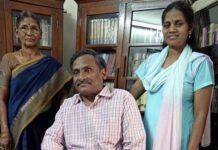 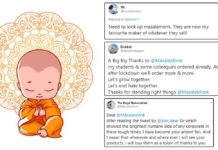 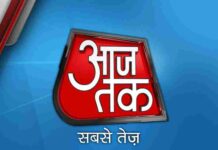 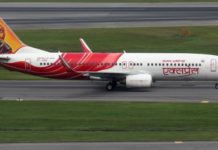 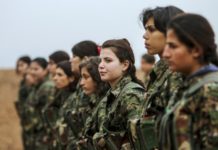