Bengaluru: India is not of Modi and Yeddyurappa, it belongs to the workers, who have built this country said Center of India Trade Union leader K N Umesh at today’s workers/labour protest in Bangalore freedom park against the government’s anti-people and anti-labour policies.

Taking a dig at BJP led National Democratic Alliance government at the centre Umesh said the abrupt nation-wide lockdown which was imposed on four-hour short notice turned out to be disastrous that snatched the livelihood of millions of people. At a time when COVID-19 afflicted tens of millions of people, Modi government used this crisis to push its anti-poor agenda and amended the labour laws and privatized Public sector Undertakings ( PSUs).

Massive protest happened at the Vidhan Soudha Cholo protest rally organised by various labour organisation fighting for the rights of the working class.

CITU State unit president Varalakshmi expressed concerns over the declining democratic setup. “The people in power instead of working for the welfare of the people were only working to push policies that favoured capitalist and corporates. During the crisis, the government should have worked for the welfare of the laboures but had acted in contrast that has cost the life to the labour community” she said.

The poverty rate was 28% before COIVD-19 has doubled, 14 crore people across the country had lost their jobs, while the government instead of ensuring job security had brought a contract system that had put working-class rights at stake.

The present government had convened the monsoon session only to push the bills that favoured the corporates while the farmers, poor were left to fend for themselves. “The ruling dispensation aims to serve only 1% rich and had given up the welfare of 99% people” she alleged. Varalakshmi demanded labours be adequately compensated for the labours to improve their purchasing power and for the economy, market and manufacturing sector to stabilized.

Meenakshi Sundar another labour leader came down heavily on the government for giving financial aid to the rich. “What is the use of manufacturing if people themselves lack purchasing power? She questioned.

Criticising the amendment of the labour laws as marriage after seeking for divorces, Meenakshi condemned the pro-rich policies the government. The labour organisations has expressed total solidarity to September 28 Karantaka Bandh call.

The kannada story can be found here. 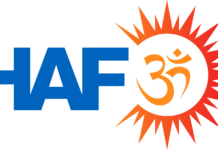 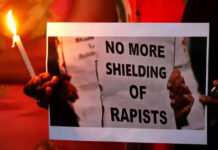 Open Letter to CJI from Feminists and Women Groups 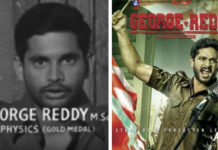 George Reddy: A reminder in the times of fascism 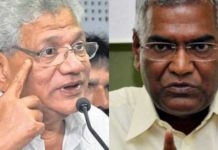