Gauri Lankesh and her Kannada weekly, Gauri Lankesh Patrike had become a voice of the marginalised and oppressed in the country. Gauri, an activist journalist, vehemently critiqued Hindutva ideology and its politics. The victory of Bharatiya Janata Party (BJP) in 2014 Lok sabha elections strengthened the regressive Hindutva ideology and its institutions, and violence against minorities, Dalits and other marginalised communities in the country got legitimacy. Gauri was one of those who continued to critique the regressive politics of the BJP. Just as any other critic of Hindutva, Gauri was also attacked and threatened on a number of occasions. These attacks and threats did not stop her from critiquing the government and its Hindutva ideology. A strong voice against the political assassinations of anti-Hindutva voices and rationalists by the Hindutva forces, Gauri Lankesh was assassinated on September 5, 2017, in Bengaluru.

Also Read:  The Farmer Struggle Must Be Fought Together and Across The States: Darshan Pal

On the eve of the fifty ninth birth anniversary of the fearless late Journalist and activist, Arundathi Roy, an acclaimed writer will be in conversation with Teesta Setalvad a senior journalist. This online event organised by Citizens for Justice and Peace (CJP) and Gauri Memorial Trust, is aptly called, ‘facing the fanatics.’ Gauri Lankesh uninhibitedly and with great determination to uphold the secular and democratic values faced the fanatics. We shall continue her mission and legacy and keep facing the fanatics. 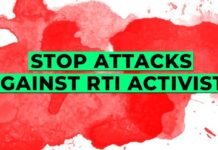 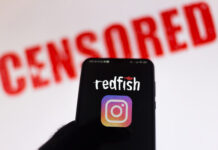 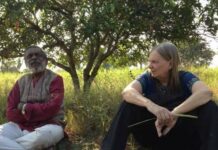