One of the fallouts of the current Covid-19 crisis is that suddenly health has become a priority in the public eye – and even among business commentators. We are urged by all that India should increase its health budget nationally. This is all for the good. However, how the increased allocation, if it happens, is to be spent by the government is equally important.

We need our public money to be spent prudently and optimally. Two factors among the many that will be important are rational health care and corruption-free procurement of goods and services. Public health can be strengthened only by delivering health services in public health dispensaries and hospitals.

Rational health care means treating patients scientifically in the best traditions of good medical service. It means that ordering lab tests or X-Ray or CAT scan only when required. It also means skilling people like nurses so that they can atleast handle routine tasks of doctors;  and sending a patient to consult a doctor or a specialist only when needed. This way we can reach more people. Rational health care also means following standard treatment guidelines – and prescribing rational medicines, prescribing the minimum amount of drugs and injections thereby minimising side effects. Doctors must guard from overprescribing (prescribing 2 medicines when one is needed) and underprescribing (giving one drug when 2  are needed). It means  prudent use of  antibiotics so as to minimise  antibiotic resistance.

Also Read: Health care during Covid19 – who are the real beneficiaries?

The record of the private sector in making health care rational and affordable is dismal. In the initial months of the Covid-19 epidemic, the private sector hospitals were charging exorbitantly with bills running into lakhs of rupees for couple of days of treatment even in mild cases.

Subsequently this was sought to be regulated with now most state governments bringing in ceiling prices for various aspects of Covid-19 treatment – these can be still high even with regard to things like PPEs, and hand sanitisers, etc. The RTPCR test itself – the Supreme Court fixed it – is priced at Rs 4500. Now many state govts have prescribed a ceiling of Rs 2500 per test. This can still be lower as there is evidence that the RTPCR kit is being sourced at less than Rs 500 – therefore the per test cost to the patient should not be more than Rs 1000-1500. As of writing there are no caps on antigen/antibody test kits nor on antigen/antibody tests per se. It is a dangerous free for all.

In general, knowing the costs of equipment, medicines and procedures are crucial to the pricing of health care – it helps in more scientific procurement by government health departments and helps put a rational ceiling price on the input costs of treating a patient – Covid 19 or otherwise – in the private sector.

In recent times, it is the investigation by government agencies like the NPPA (National Pharmaceutical Pricing Authority) that led to the bringing down of maximum retail prices (MRP) of cardiac stents from Rs 2.5 lakhs and more to Rs 30,000; knee implant prices came down by about 70% on the average where trade margins were on the average 300 %. But the downside to the story is that these savings have not been passed on to the patient by private sector hospitals. That is because there is no costing of a stent or knee implant procedure and there is no ceiling price on them. So stenting/knee implant bills to the patient have remained the same – even gone up in some cases. Attempts under the Clinical Establishments Act to put a ceiling price on various medical procedures have been severely resisted by doctor’s lobbies like the Indian Medical Association (IMA).

If you look into the bills of a typical private hospital, accessories and items like catheters, injection syringes and even gloves are often billed at 2 to 5 and even 10 times their purchase price to the distributor  – this is because there is no price regulation on most medical devices. Bowing to public pressure, all medical devices have been made liable to price regulation under DPCO (Drug Price Control Order) 2013 wef from April 1, 2020. The actual task of price regulation of these devices is going to be ‘phased-in’ in 3 years with attendant lobbying by medical device companies be assured.

The DPCO 2013 itself is an outcome of a PIL in the Supreme Court from 2003 by All-India Drug Action Network et al,  and the PIL  is still continuing. The DPCO 2013 was an improvement over the earlier DPCO 1995, but it has serious problems. The ceiling price calculation methodology of DPCO 2013 is not cost-based but market-based:  it takes an average of the retail price of the leading  brands of a drug to calculate the ceiling price.  If you take an average of retail prices of already overpriced brands, the average too will be overpriced.  Therefore in effect the price reductions in most cases have been insignificant. The DPCO 2013 also restricts itself to the 376 medicines mentioned in the National List of Essential Medicines 2015  and to only those strengths and presentations (tablets/liquids/injectables) mentioned therein. Now  Paracetamol 500 mg (brand Crocin etc) is under price control. So companies have sought to escape price control by making Paracetamol in strengths of 600 mg and even 1000 mg, Too much popping of paracetamol pills  can cause liver problems.

Approval of Useless and Harmful Drugs

The question to be also asked is how did the office of the DCGI (Drugs Controller General of India) even approve a 1000 mg or a 600 mg strength for Paracetmaol when the safe strength per tablet  advised in scientific literature is 325 mg. Indeed the question can be asked of many ‘approved’ drugs in India  – especially fixed dose combinations (FDCs) – as to how they ever got approved in the first place. In FDCs, two or more medicines are combined and such combinations except in about 25 cases are considered irrational, unscientific and hazardous, The government had banned some 344 FDCs but thanks to drug companies, the matter is stuck in the courts. India’s total domestic medicine sale is Rs 1,40,000 crores per year, out of which atleast 25-30% are irrational and needs to be weeded out. By consuming unnecessary FDCs, it is the patient who suffers medically and monetarily.

Some FDCs are in the form of skin creams – and contain corticosteroids, including in the so-called fairness creams. Topical corticosteroids cause horrible, irreversible damage to the skin. There is a PIL in the Delhi High Court requesting ban of such corticosteroid containing creams – the PIL is from the Indian Association of Dermatologists, Venereologists and Leprologists (IADVL), one of the rare instances of a medical association seeking to weed out harmful and irrational medicines.

Wrong pricing and wrong approval of drugs – both harm the patient and sometimes irreversibly. Pharma industry does not want regulation of prices and even of quality standards if they had their way.  During the current epidemic, drugs are being approved for indications on emergency use considerations but with little clear proof of safety and/or efficacy.  Many of these drugs enjoy monopoly because of patents (often wrongly granted as in the case of Remdesivir in India) and are priced therefore exorbitantly. As we write it is available in the black market at 10 times their already unaffordable price.

It is the fashion of pharma companies to say the invisible hand of the market will take care of prices and therefore there is no need for government to regulate prices.  Unfortunately, this is not true either of medicines or of the health sector in general. In fact, there is a general market failure in the pharma and health sectors. This has been pointed out by leading economists like Arrow and Akerlfof and Stiglitz – all Nobel Prize winners. It is, therefore, necessary for the state to intervene and actively regulate everything related to health care including pharmaceuticals.

Profit yes but Profiteering No

Nor should instruments like the DPCO 2013 or the Essential Commodities Act be diluted/abrogated as is being suggested by various so-called experts in the guise of ‘reforms’. In fact, the DPCO 2013 is issued under the Essential Commodities Act. The Act is one of the instruments to make health care affordable and prevent profiteering – the latter often is a choice between personal bankruptcy and death.

To quote Justice O.Chinappa Reddy, “Profiteering, by itself, is evil. Profiteering in the scarce resources of the community, much-needed life-sustaining food-stuffs and lifesaving drugs is diabolic. It is a menace that had to be fettered and curbed. One of the principal objectives of the Essential Commodities Act, 1955 is precisely that. It must be remembered that Article 39(b) enjoins a duty on the State towards securing ‘that the ownership and control of the material resources of the community are so distributed as best to subserve the common good’. (Union of India v. Cyanamid India Limited (1987))

S.Srinivasan has been involved with issues of affordability, availability, and accessibility of health care for all over 40 years. He has written books and articles and spoken in various fora on the politics and public health aspects of pharmaceuticals including pricing policy regulatory and IP issues. He is associated with LOCOST Vadodara which makes medicines at low prices and is involved in advocacy of related issues of access to medicine. Srinivasan is also associated with the medico friend circle, All-India Drug Action Network, SAHAJ Society for Health Alternatives, and PUCL. And has been involved in several PILs on pharma policy issues in the Supreme Court and High Courts. He is a graduate of IIT Kharagpur, IIM Bangalore and has studied epidemiology at Johns Hopkins University

Questions and Concerns Regarding the Covid 19 Vaccine Roll-out 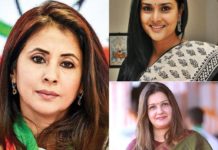