Frida Kahlo (1907-1954) was a Mexican painter and Marxist, who lived a radical and colourful life, which was cut short at the age of 47. Although she is now well-known for her surrealist art and her self-portraits, which tends to get overshadowed in the mainstream celebration of the artist is Kahlo’s fierce, communist politics. In a phenomenon now called ‘Fridamania’, liberals have conveniently appropriated her aesthetic style while glossing over the fact that Kahlo’s identity of being a disabled, bisexual, and communist woman places her in opposition to much of what the white liberal project promotes.

From a young age, she was passionate about Marxist ideology, feminist politics, and LGBT rights. She joined the Young Communist League and the Mexican Communist Party. As members of the Mexican Communist Party, Kahlo and her husband were asked in 1937 to shelter Leon Trotsky, the Soviet revolutionary, who had sought political asylum in Mexico. In 1940 when Trotsky was assassinated, Kahlo and her sister were jailed as suspects but later released when found innocent.

Her paintings were often an expression of the chronic physical pain she battled with on account of her childhood Polio condition and a road accident she suffered at the age of 18. Her art represented her struggles as a disabled woman, and has continued to inspire artists today to focus on under-represented portrayals of differently-abled bodies.

Her work also focused on Mexican folklore and engaged with questions of class, gender and race. She was an advocate of indigenismo, a movement which took pride in Mexican culture and tried to recover indigenous practices and forms of art from the influence of colonialism. To show her pride in indigenous culture, Kahlo used to declare that she was born on July 7, 1910, which marked the year of the Mexican Revolution.

A Glimpse into her Life

The 2002 film, Frida, is a tribute to the artist’s colorful life. Although it does not hide her politics, its main focus remains on Kahlo’s personal life and her marriage. It takes us through the traumatic road accident Kahlo (played by Salma Hayek) suffered as a teenager, which left her permanently injured. She needed multiple surgeries over the course of her life, which included the amputation of one of her legs. It was during her recovery from the accident that young Kahlo began painting.

The film portrays her volatile and dysfunctional marriage with fellow artist and communist, Diego Rivera. Both of them had multiple extra-marital affairs and Frida also had relations with other women too, breaking out of restrictive bourgeois sexual codes. Most famously, Kahlo had an affair with the Russian revolutionary, Trotsky, when he came to Mexico after being granted political asylum. Kahlo’s marriage was rocky, with Rivera’s infidelity leading her to alcoholism and her own affairs leading to their divorce, although they later remarried each other.

Despite the affairs, Rivera and Kahlo shared in common their artistic passion and radical politics. For instance, Rivera refused to deviate from his communist politics in his art, including a figure of Lenin in his mural for the Rockefeller Center, which resulted in the mural being destroyed by his American patron, Nelson Rockefeller.

The movie is a vivid depiction of the pain that Kahlo lived with throughout her adulthood and its cinematic style attempts to recreate the magic-realism found in Kahlo’s own art.

While her art did not rise to fame during her own lifetime, it was in the 1970s that her work began to amass attention. During the feminist movement of the ’70s, academics and activists began to recognize and challenge the historical exclusion of non-Western, female artists from the mainstream scholarship.

In this process, Kahlo’s works were brought forth and popularized in the international public sphere. In the 1980s, when her paintings gained international acclaim, Mexico declared her works as a symbol of their National Cultural Heritage.

Kahlo channeled her experience as a disabled woman to bring a fresh perspective to her art, but at the same time, she did not let her physical condition stop her from being politically active. Even a few days before her death, she participated in a pubic demonstration protesting the American-backed overthrow of Guatemalan President, Jacobo Arbenz. Her dedication and resilience are conveyed in her statement: “I must fight with all my strength so that the little positive things that my health allows me to do might be pointed toward helping the revolution, the only reason for living”. 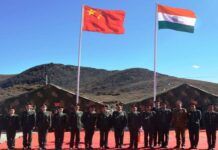 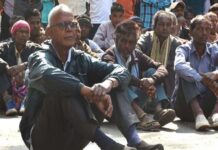 Women in UP Demand Rule by Constitution, Not Goonda Raj