India has been going through an unprecedented crisis in the last few months with the pandemic and consequent lockdown. The unplanned and harsh nature of this decision, in turn, triggered a humanitarian catastrophe in addition to the ongoing healthcare crisis. The most visible impact was on workers in the informal sector, who made desperate journeys back to their villages and still continue to face a loss of incomes, hunger and poverty. The less visible impact is on women, girls and gender-diverse individuals, all of whom are silently bearing a disproportionate burden of untold suffering. 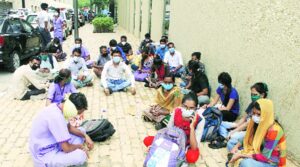 At the frontlines of this crisis, we see women as health workers, cleaners, paramedics and other caregivers. We know that over 70% of the entire public health system comprises of women, yet this does not ensure them their rights. Women are usually the lowest paid and at the bottom of the health hierarchy, as we see with more than 10 lakh ASHA workers pressed into high-risk work in community surveillance, for less than minimum wages in most states. Nurses have gone on strike to publicise how hospitals are forcing them to work without pay for several months. Women health workers have pointed out that they have inadequate access to the essential PPE even though they spend long hours of duty providing care to COVID patients. Women nurses are crowded in unsafe and unhygienic quarters while male doctors are permitted to stay overnight in hotels.

Within homes, women’s unpaid workload has increased. It is always women who look after sick family members: they care for those in quarantine, or look after infected household members; women are also expected to pick up rations and fetch water for the home – all this puts them at risk of infection. The lack of school mid-day meals and Anganwadi nutrition, coupled with the return of large numbers of men who had migrated out into urban areas, will affect the food available in the household, especially with the increased poverty. Women usually eat last and eat less dairy and protein items compared to men. Now with very little food available, their nutritional status is likely to become worse especially if they are pregnant or breastfeeding. This is a matter for concern, as India already has shamefully high levels of anaemia and thinness among women. More than half of women are anaemic, even pregnant and breastfeeding women, the data unchanging even after a decade, as NFHS-4 has shown (National Family Health Survey by IIPS, 2016).

Within households, in a situation of high stress, there is an added risk of domestic violence. During the lockdown, it was extremely difficult to report violence owing to lack of safe spaces and privacy or to seek treatment for injuries as access to doctors became almost impossible. Moreover, seeking help is tough when the police are themselves violently enforcing the lockdown. Women, girls and gender-diverse persons may have faced considerable sexual violence with no way to escape and no access to protection, contraceptives or safe abortions during the lockdown. This leads to a greater risk of HIV and STIs, unwanted pregnancies and unsafe abortions. A study by the Foundation for Reproductive Health Services in India has estimated that this lockdown will lead to over 800,000 unsafe abortions along with 1750 maternal deaths among 2.3 million unintended pregnancies. Access to menstrual protection also became a major issue for millions of girls who were receiving supplies from their schools or ASHA workers and could not purchase expensive products in the market.

Also Read: Health Care Should Always be Available and Affordable – not just during Epidemics

With poor planning and lack of preparation for lockdown, the government seems to have forgotten that on a daily basis, about 70,000 women give birth, while another 45,000 women seek abortions across the country. Around 10,000 women every single day will develop childbirth complications that require specialized care, but it has been almost impossible to get care in either public or private hospitals. The media has constantly reported how pregnant women have faced enormous hurdles in seeking care during childbirth, some desperately visiting as many as five or six hospitals that refused to admit them. Women have given birth at home, on trains or in vehicles; an unknown number lost their babies, and many lost their own lives. Some of these cases have been taken up by the High Court of Telangana, Mumbai and Delhi. Many poorer women gave birth in the open, delivering babies on highways as they travelled thousands of kilometres to reach their villages, abandoned by both employers and governments.

This will not be the last such crisis that India has to face, but it has displayed appalling neglect of the women of this country, their roles and their health needs. Policy planners and community responses need to understand that any epidemic and the response to it will have different impacts on men, women and other genders. The problems are amplified according to their power relations of caste, class, religion, status and location, since each of these shapes their access to resources and services. Governments and communities must remain attentive that their response to a crisis does not end up deepening existing inequalities and the gender divide.

Jashodhara is a social researcher with over thirty years of experience in the voluntary sector. She has worked on gender, health, and rights: with community women in Uttar Pradesh, as well as in national policy spaces and internationally.

Pegasus Project: Israel to Set Up ‘Task Force’ to Look into Policy Changes in Cyber Exports 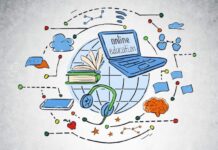