Speaking at the Farmers’ Rally against the Farm Laws organised in Bengaluru on March 23, 2021 passed by the Union Government, Yudhveer Singh expressed his displeasure with the Modi government. He said, ‘The Modi government came into power by assuring that they would provide Minimum Support Price (MSP) and had voiced against private markets and contract farming. They rose to power stating that they would strengthen Agricultural Produce Market Committee (APMC) and double the income of farmers. But today, they have turned their backs waged a war against farmers.’

The farmer leader Mr Singh said, ‘It is said that democracy and freedom of expression exists in this country. But the people of Karnataka know how the Fascists are ruling. Gauri Lankesh was shot dead. What was her mistake? Is it wrong to speak out against injustice and in favor of freedom of expression? For what mistake of her’s was the little girl named Disha Ravi arrested and tortured? Today the country is witnessing the suppression of people’s movements by using police forces and gangsters of the Sangh Parivar.’

The Modi government has no developmental agendas. They have only a Communal agenda. We have lived as slaves of religion for centuries, and today we are forced to become slaves of the same religion. This government has the Ram Mandir agenda. Our country had temples even before. Therefore, Ram Mandir should not be an agenda of a party. The development of the masses and the poor, providing employment for young people and providing justice for the peasantry must be the agenda. But they do not have such agendas, observed Singh. Rama is no one’s property. Rama is in the heart of the people of this country. Farmers and laborers need not go to the temple in search of Rama. Rama accompanies Farm workers from morning to evening when they work in the land and elsewhere. Their Rama is in their labor, in their sweat and in their hearts. We need to understand that people must not be divided in the name of Rama and ruled.

This movement began demanding the repeal of the abolition of three farms laws and the implementation of the MSP. But today, it has become movement of all people. It has become a struggle of the peasants-workers-dalits and all those who are oppressed. It will be a long struggle. You may not be able to come to Delhi. Hence, farmers here need to make Bengaluru itself Delhi. Yudhveer Singh appealed to all farmers in Karnataka to take full control of Bengaluru, just as the North Indian peasants have surrounded Delhi.

‘It should not be confined as struggle  limited to speeches. A permanent tent for the fight must be put up. I have come to Karnataka several times. We have struggled alongside Prof. Nanjundaswamy. This is a sacred place which has been a testament to the fight against exploitation. I believe that you will send across a message to the country from Bengaluru but putting up a long fight here,’ he said.

Representatives of Sanyukta Kisan Morcha who are leading farmers protests at Delhi including Dr. Darshan Pal, Rakesh Tikayat, Kulbir Singh and leaders from the state including Badagalapura Nagendra, Kodihalli Chandrashekhar, actor Chetan and many others participated in the farmers’ rally at Bengaluru on March 23, 2021.

First published in our Kannada website naanugauri.com and translated by Shashank

Malcolm X: A Revolutionary Who Held Within Himself—the Love, Anger and... 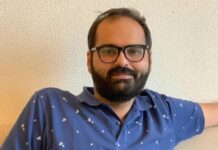 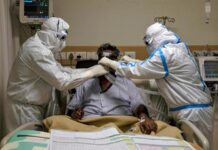 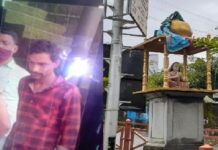