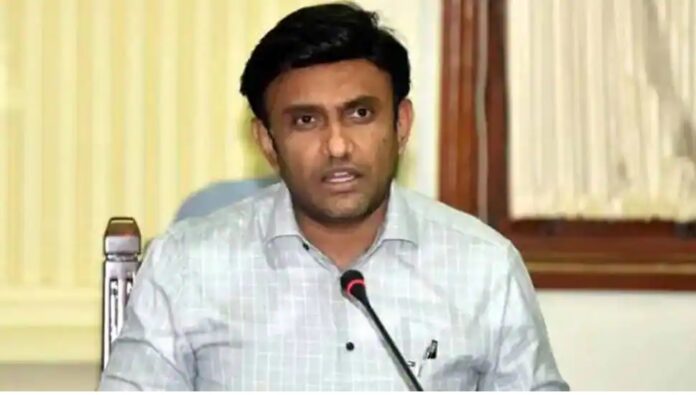 Chikballapur, Karnataka: The controversy in Karnataka refuses to die down with BJP and Sangh Parivar continuously making controversial statements. This time Medical Education Minister K Sudhakar is in the eye of the storm for making statements against Buddhism.

The Minister had recently participated in a programme in Chikkaballapur organised by Brahmin Association to honor the retired government employees of the community.

During the programme, the Minister had reportedly claimed that the credit for saving India from the perils of Buddhism goes to Brahmins.

One of the Kannada news portals, ‘Suddiwani’ that had carried the news, has now taken down the story from its website.

However, the screenshot of the news of the portal has already gone viral in social media. Interestingly, a local daily of Chikkaballapur, ‘Suvarna Palar’ has reported the news.

The local newspaper too has carried the news with the same headline.

The Minister further said- “When the world was trapped in the whirl of Buddhism and many nations were embracing Buddhism, it was Brahmin saint Adi Sharkarachayra who prevented its spreading in India.”

“ Before science showed the right path to the world, it was Brahmins who guided humanity and instilled moral confidence in humanity. The community has that power. Today, if the culture and thoughts of India have become popular world over, then it is because of the Brahmin community. Therefore the community enjoys special respect for guiding humanity towards the right path for generations”, said the Minister.

Continuing his praises for the community, Sudhakar said that at the critical time when the entire country was ready to embrace Buddhism, Hindu religion and culture which was in danger because of Buddhism, was protected by the deity of the community, Ramanujacharya.

Meanwhile, gauril;ankeshnews.com tried to verify the authenticity of audio and video of the report. The website has accessed the audio clip of the event where the Minister made these remarks.

In the audio clip, available with the website, Sudhakar mentions Buddhism in the beginning of his talk.

The audio goes like this “ The rulers and feudal kings had offered large tracts of lands to Brahmins. Thus, the community had a lot of land. But all that was taken away by the Former Minister, Indira Gandhi with the law “Land to the tiller”.

Along with Indira, he blamed Former Chief Minister, Devaraj Urs  for taking away the land of the community. “ Now knowledge is the only power the people of the community have”, he added.

Meanwhile, condemning the statement of Sudhakar, former Minister, H.C. Mahadevappa said that the Minister has complete freedom to express his view. But it is indeed a crime to speak ill of a religion that preaches and propagates equality and human dignity. “ I am asking the Minister, what is the injustice Buddhism has caused to the people of India”, he retorted.

“Sudhakar seems to be a learned person, but when the assembly polls are nearing, the Minister is trying to appease a community by spreading false information about Buddhism which came into existence to eradicate the caste system which was started by Brahmins.  It is highly condemnable that the Minister is talking ill about Buddhism with his limited knowledge”, Mahadevappa remarked.

Only because the aspirations of Buddhism towards an equal society were crystal clear, B. R. Ambedkar embraced the religion.

“ It was Maurya dynasty that popularized Buddhism by shedding their violent nature. I believe Sudhakar has no knowledge as to how the ruler of Shrangeri dynasty, Rushkyashranga tried to dethrone Brahadrath, the king of Maurya dynasty and made attempts to eliminate Buddhism. Sudhakar should also learn about Patanjali who first learnt Ayurveda from Buddhists but later ditched the very people”, he remarked.

The Former Minister said that merely talking rubbish without learning history is inappropriate. If the Minister wishes to learn about the greatness of Buddha, then he should know that Prime Minister, Modi himself announced during his US visit that he has come from the land of Buddha. “ Learn about Buddha at least from PM, Modi”, he advised the Minister.

Meanwhile it however does not mean that Sudhakar has no knowledge about Buddha. On several occasions, he has praised Buddhism and Ambedkar who embraced Buddhism.

On May 7, 2020, while sharing a post on twitter along with the portrait of Buddha, he had mentioned that the Buddha is the greatest gift India has given to the world. The life of Buddha was reserved for eliminating sorrow and injustice from society.

On April 14, 2020, he said this about Ambedkar who was one of the greatest disciples of Buddha. “ Ambedkar is the most humanist man the world has seen. If Ambedkar had not given a constitution that units India which is a multi-cultured, multi-religious and multilingual country, then we all would have still remained as slaves.

“ That incident still haunts me. On March 19, 1927 it was the movement launched by Ambedkar in Mahad city’s Choudar lake. While people of upper caste were not allowing the Dalits to fetch water from the lake, Ambedkar took thousands of Dalits to the lake to collect the water and to end the hegemony of upper caste people over the lake. Some upper castes tried to attack Ambedkar and his followers with lethal weapons. But Ambedkar called the people to maintain peace, they did not retaliate”, Sudhakar says.

When Sudhakar was in Congress, he praised showers over Buddha and Ambedkar which he continued even after joining the BJP. But now to appease somebody, he is giving objectionable statements against Buddha. Is Sudhakar criticizing Buddha who fought for an equal society and eliminated the caste system?

Is it not a part of the practice of untouchability of trying to portray Buddha as a criminal who strove for a better society?

Is it not a violation of 17th schedule of the Constitution which is against the practice of untouchability?

The article was first published in our sister website naanugauri.com. It is translated in english by Firoz Rozinder 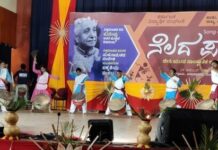 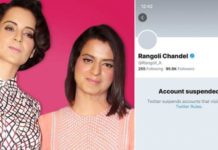