“When my feet stopped supporting me, I came to the government with the request. But the government is being ignorant to our demands”, says Raeesa Bee (55), who has been working in the Okhla project since her honorarium was Rs. 200.  Raeesa lives with her family in Okhla area of ​​South Delhi. She has 3 sons who do petty jobs in Okhla so the family monthly income is about 4-5 thousand rupees. There are a total of 13 members in Raeesa’s family. From being the only breadwinner of the family and now helping her sons with managing expenses, Raeesa did not get a chance to rest or retire. She believes that the amount of time she has invested in the Anganwadis of Delhi, it is very important for her to fight for the increase in the amount of honorarium.
She is about to retire after two years, and given the rising inflation, she is also worried about how she will survive with such little money. As an anganwadi worker, her job also entails ration delivery to pregnant women and children. Even though ration is brought by trucks for pregnant women and children and the helpers have to carry 10-15 kg of weight on their backs to deliver them from door to door. She has to carry the ration sometimes up to third floor and due to her age it is getting extremely difficult and painful.

Hence,  she too has become a part of the ongoing strike led by the Delhi State Anganwadi Workers and Helpers Union, in which more than 22,000 Anganwadi workers and helpers are participating. The Delhi government has not yet given any reply regarding the protest, going on for 24 days.

On February 22, over 18,000 Anganwadi workers took out a ‘Chetavani Maha Rally’ expressing their angst against the deafening silence of the Delhi Government. Prior to this rally, Raeesa had become a part of ‘Khabardar Rally’ on 11th February, in which Delhi Police got violent. Mona Singh says “Delhi Police does not work for our security, but as a puppet of the government.” Mona has been working as a helper in the Burari Project for the last 3 years. Even after doing BA from Delhi University’s Dyal Singh College, Mona is compelled to work as a helper due to the grim economic conditions of her household. A few years ago Mona’s father’s right hand got damaged in an accident. And her brother is currently studying in class 12th, and Mona’s wish to teach him further.

Elaborating on the demands of the organization, Vrushali, the media in-charge of Delhi State Anganwadi Workers and Helpers Union, said that their main demand at this time is that the government should not take any punitive action against any woman worker. If this demand is violated, they will be forced to start the struggle again. On 23th February, the Women Development Commission visited the protest site and also talked to the protesters.

Mona asks, “Just look at the cost of basic items like vegetables and cooking oil, do you think that a family will be able to survive on just Rs 4,839?” Likewise, the income of all Anganwadi helpers is Rs 4,839 only. One of the main demands of this strike is that the honorarium of the helpers should be increased to Rs.20,000 and workers to Rs.25,000 in view of their workload. Apart from this, the Anganwadi workers have demanded from the central government stop the implementation of New Education Policy(NEP). In the new provisions, under the NEP, Anganwadi workers will now have to give formal pre-primary education instead of informal pre-schooling. Not only this, but these workers will also have to do the work on behalf of pre-primary teachers while getting peanuts as honorarium. The govt has not given any hint of increase in honorarium for the increased workload and duties. Anganwadi workers claim that this is another of govt’s cost cutting measure.

There are about 1000 government schools in Delhi, and if NEP is implemented, only a few of the 22,000 women workers working in 11,000 Anganwadi centers in Delhi will be considered as Anganwadi workers. The union suspects that this policy of the central government also seems to be in sync with other privatization activities. Vrushali says that the Anganwadi will also be turned into an NGO.

Social activist Ankit Jha, who has been working on human rights in Delhi for 5 years, says that “Anganwadi workers not only take care of the nutrition of babies but also of pregnant women. Their demands are very reasonable, the government must give them their due.”

Harassment from all Quarters

Sunita told us that sometimes she has to rush to the job late at night when the supervisor calls in case of emergencies.. For this, no additional honorarium is given to her or anyone. Like Raeesa, her colleague Sunita also started working in Okhla Anganwadi when the honorarium used to be Rs. 200. But considering her financial condition and responsibilities, she had left the Anganwadi and started doing other work within two years. In 2014, Sunita Devi again took over as the helper. “The Delhi government only wants to amuse us by calling our work social service, but we are seen as goons when we fight for our rights after suffering all day”, says Sunita.

Sunita and other Anganwadi workers said that in the first rally, their women were mishandled by the policemen. Their hands were grabbed and snatched by the male policemen, and then force was used to push them back. Reena Devi says, “The policemen were demeaning the women on strike and the organisers of the movement by calling us “characterless”. Reena believes that whenever working class women come forward to fight for their rights, not only the male dominated society, but the male and capital dominated framework also comes out in its most barbaric form against them. But they are not afraid of it. Reena Devi has been working as a helper in the Badarpur Project since 2007.

Women describe the harassment encountered by the bus drivers. They refuse to board a group of women saying that they will not allow the women on the dharna to board.

“Sometimes they will increase the speed on their way home and stop much ahead of the picket and ask them to get off”, says Reena. Raeesa has also suffered an injury in her left leg while boarding the bus once. “We have to face this vandalism not only in public transport, but also at our workplace,” she says. Once one of her companions was bitten by a dog while distributing food grains, and when she took her to the dispensary, she was reprimanded there. Anganwadi helpers do not even have the health insurance. Through this strike, Delhi State Anganwadi Workers and Helpers Union has also demanded implementation of a pension scheme for Anganwadi workers and helpers working across the country.

Vrushali reminds the announcement made by Prime Minister Narendra Modi in the year 2018, the honorarium of Anganwadi workers was to be increased, but today even after 41 months this amount has not reached the workers. Regarding the demands related to this area, she said that the ‘Saheli Samanvay Kendra’ started by the Delhi government should be closed. Under the guise of Saheli Samanvay Kendra, the duty of women workers is extended till 4 o’clock instead of ending at 2 o’clock. She further says, “The responsibility of women empowerment is put on the shoulders of those women who work in Anganwadi for meagre sum of 4800. Isn’t this ironical?

Raeesa giggles and shows her anganwadi card beating all the quashing allegations that protesting women have been brought in compensation for a minimal amount of 200 rs. “The fight for rights cannot be bought, but the government may have bought the media, so everything appears sellable to them.” Saying this, Raeesa moves towards home with her companions. 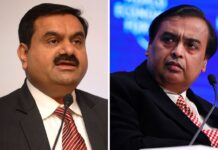