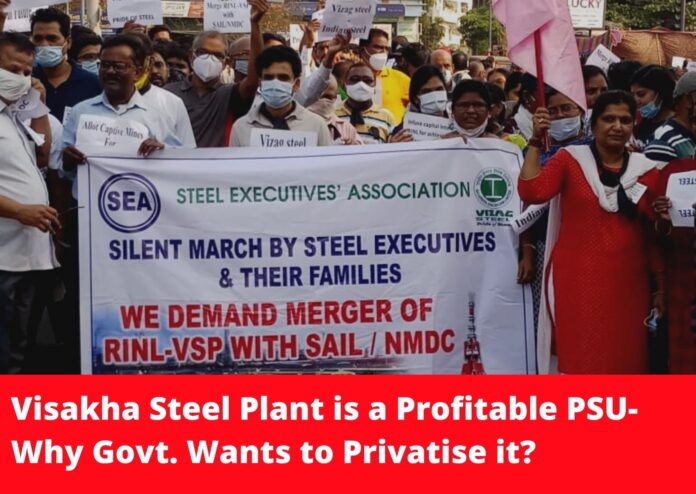 On March 8, the Cabinet Committee of Economic Affairs has in principle given approval for a hundred percent disinvestment of the Rashtriya Ispat Nigam Ltd (RINL, Visakha Steel Plant, VSP). Workers of the plant, civil society in Andhra Pradesh, and several concerned citizens have been relentlessly protesting against this move of the central government.

The protesting workers are ensuring that the production in the plant is not affected due to the protest.

The workers here work on four shifts. The workers are joining the protest after finishing their shift,’ Said one of the protestors.

The steel plant is an employer to 17,500 permanent employees, out of which 6,000 are executive officers and rest are the non-executive workers. VSP also has 30,000 contractual employees and 16,000 of them are permanent contract employees (the contractor would be changed from time to time and not the employees). Along with this workforce, 30,000 maintenance staff are also employed. The total strength of the workforce in the plant is a mammoth 50,000. Around one lakh people in and around Visakhapatnam directly or indirectly are associated with the steel plant.

On February 10, 2021, V Vijaysai Reddy, an MP of Rajya Sabha asked the Minister of Steel, Dharmendra Pradhan, if POSCO, a Korean company would be setting up a Greenfield steel plant with an estimated cost of  Rs. 30,000 crores on the premises of RINL in Visakhapatnam, Andhra Pradesh. The MP had also inquired about the role and the equity of RINL in the Greenfield company.

In response to this question the minister had said, ‘POSCO has evinced interest to set up a Steel Plant in Visakhapatnam on RINL’s land. A non-binding MoU was signed in October 2019 between RINL and POSCO. Pursuant to the MoU, a Joint Working Group (JWG) has been formed for the exchange of information. The shareholding pattern has not been determined at this stage. However, as per MoU, POSCO wishes to have at least 50% shareholding while the shareholding of RINL would be worked out on the basis of valuation of RINL’s in-kind contribution of the land for setting up of the plant.

Vijaysai Reddy had also asked if any high-level delegation from the company and also the Ambassador of the parent country visited RINL. In response, the Minister had said, A Joint team of POSCO and Hyundai along with the Ambassador of South Korea to India had visited RINL, Visakhapatnam, and participated in a meeting with representatives of RINL, NMDC, and Ministry of Steel on October 22, 2018. Subsequently, a team of officials from POSCO visited RINL on July 9, 2019, September 23, 2019, and February 20, 2020, in connection with the setting up of the plant. According to one of the protesters explained, this goes on to show that the plan of disinvestment was in making long before the announcement and it is a systematic onslaught on the public sector enterprise.’

Human Rights Forum, a social organisation working on workers’ rights elaborates on the condition of the Visakhapatnam Steel Plant (VSP). VSP as it is popularly known has suffered severe neglect by governments in the past. According to one report by HRF-  ‘Over the decades, various governments have followed policies that led to a huge cost of production burden to the plant. VSP is the only steel PSU that does not possess captive iron ore mines and is therefore saddled with massive input costs. If it held captive mines, it would have cost the plant between Rs 500 to Rs 1000 to mine and process a tonne of ore. In their absence, it is now costing the VSP between Rs 5000 to Rs 7000 for the same.’

A large protest March in Vizag against the privatisation of Vizag steel plant! #notoprivatisation pic.twitter.com/GY2pRBzAWT

One of the protesting workers informed us that the other steel plants with captive iron ore mines incur costs of just Rs. 1200 to mine and process a tonne of ore.

The protesting workers complained against this systematic weakening of the plant. One of the protesters told us that- ‘Despite the higher costs incurred by the plant, the plant has consistently produced profits ever since its production started in 1991. It is only during the pandemic that we have incurred losses.’ However, according to him ‘the abysmal allocation by the center added up to the already existing burden of high costs. This, in turn, has had a direct bearing on its profitability and the blame for the plant’s losses lies squarely with the government.’

Anurag Thakur the Minister of State for Finance and Corporate Affairs had issued a statement saying, the government will be privatising only those PSUs that are succumbing to losses. Thakur had also remarked that the PSU has done well only post disinvestment. This attracted strong criticism from the workers, employees, and activists. Speaking to gaurilankeshnews.com the protestor noted, ‘the government has also said that VSP must be privatised otherwise the plant would be closed. This is the reason why all of us are protesting.’

Few of the Union leaders are enroute to Delhi to meet Dharmender Pradhan and discuss the issue. We were informed that Vijaysai Reddy is coordinating this meeting. 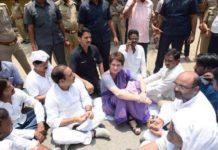 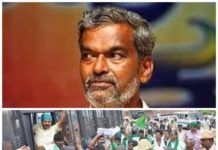 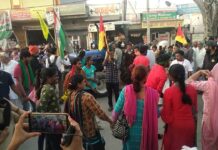 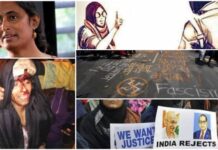