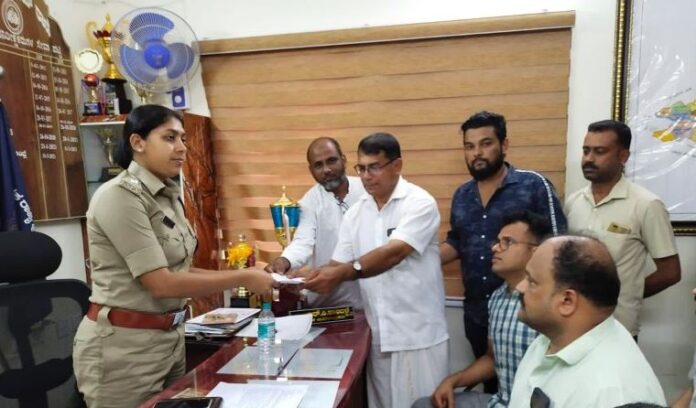 Dakshina Kannada: Uppinangady police of Dakshin Kannada district have filed a case against some people for spreading false information with malicious intentions by misusing the names of the shops of Hindu traders in order to create communal tension.

The police officials of the station have said that they are still investigating who spread the false news.

Ganesh said that he owns a shop in Uppinangady town. “ I get customers from people of all  faiths. I don’t discriminate among them as I am a trader. But now some miscreants have misused the name of my shop to create communal tension”, he said.

On March 24, some miscreants posted a message on a social media site and spread it that aimed at dividing the society on religious lines, he said.

“ The message claimed that it was sent by Hindu Traders Association, where names of 32 shops were mentioned including my shop. The message said that my shop does not sell any items of Muslims. I need only Hindu buyers. This was in the message”, he said.

Ganesh has called the attempt a conspiracy and has urged the police to investigate cases who have sent false information about his shop”, he said in the complaint.

Meanwhile Hindu traders have also condemned the act and demanded action against the culprits.

Why we fight: Rosa Luxemburg on War

Clashes at Delhi Side of Singhu Border, SKM Safe