On the anniversary of Emergency in India farmers today observed “Save Agriculture, Save Democracy Day”.

On the call of the Samyukt Kisan Morcha, June 26th 2021 (today) was marked as “Save Agriculture, Save Democracy Day” in most capital cities in India, along with many other places all over the country. The event was to promulgate the 46th anniversary of promulgation of Emergency in India in 1975.

Authoritarian BJP and other party governments in different states picked up and detained peaceful protestors in Karnataka, Uttarakhand, Madhya Pradesh, Telangana etc. and did not allow them to march to the Raj Bhavan or hand over a memorandum addressed to the President to the Governor.

In Chandigarh, protesting farmers faced water cannons deployed by the police. In Uttarakhand’s Dehradun, Karnataka’s Bangalore, Telangana’s Hyderabad, Delhi, Madhya Pradesh’s Bhopal, police picked up protesting farmers from their assembly points and were not allowed to go to the Raj Bhawans.

Protestors face police repression in many locations, reflecting the undeclared emergency of today

Protestors were detained in other places of Karnataka too. “Where was the need to stop the protestors, when the administration knew about the plans announced by Samyukt Kisan Morcha many days ago? It was only a matter of handing over a memorandum to the Governor and not allowing even this much is a reflection of the undeclared emergency and authoritarian times we are going through”, said SKM.

In Lucknow in Uttar Pradesh, a delegation of farmer leaders presented the memorandum to a designated official of the Raj Bhavan there.

In Maharashtra, farmer representatives met with the Governor Shri Koshiyari and handed over the memorandum.

Similarly, in Himachal Pradesh, a delegation of farmer leaders met with Governor Shri Bandaru Dattatreya and gave a copy of the memorandum.

In Odisha, a memorandum was handed over to the Secretary of the Governor in Bhubaneswar.

Assembling of farmers and rallies to the Raj Bhavan happened in Patna in Bihar, Kolkata in West Bengal, Agartala in Tripura, Jaipur in Rajasthan, Ranchi in Jharkhand and Chennai in Tamil Nadu.

In Tamil Nadu, places like Tiruchi and Erode saw large gatherings of protestors; similarly in different places of Karnataka.

In Telangana and Andhra Pradesh too, protests were held in various places.

Similarly in Rajasthan. In Maharashtra and Madhya Pradesh, tehsil level and district level protests were organised in numerous places.

In Delhi, protestors were initially not allowed to meet with the Lieutenant Governor and were picked up and taken to Wazirabad Police Training Centre. Later on, however, a virtual brief meeting was arranged with the LG and the memorandum was handed over to his representative. Earlier in the day, Coordinator of Delhi For Farmers was kept confined to her home even though Delhi Police informed DFF coordinator Poonam Kaushik last night that they will allow DFF to hold a dharna at Civil Lines Metro Station.

Protestors appeal to the President of India, as the First Citizen and Guardian of Indian Constitution, to get central farm laws repealed immediately and MSP guaranteed legally, and to save democracy

The Memorandum addressed to the President describes the unconstitutional, undemocratic and anti-farmer central laws that were thrust on farmers of the country without them asking for it, and also describes about the seven months of struggle so far by peaceful protestors. It states that the historical farmers’ movement being led by Samyukt Kisan Morcha is not only a movement to save farming and farmers of the country, but also democracy of our country. “We hope that in this sacred mission of ours, we will get your full support because you had taken an oath which is not about saving the government, but an oath to save the Constitution of India”, it reminds the President of India. The memorandum urges the President Shri Ramnath Kovind to direct the Union Government to immediately accept the legitimate demands of the farmers’ movement, repeal the three anti-farmer laws and to enact a law that will guarantee remunerative MSP at C2+50% for all farmers.

BJP leaders continue to face local protests in many places

Yesterday in Haryana, farmers continued with their protests against leaders of BJP and allied parties. Yesterday, in Karnal and Kaithal, BJP leaders faced black flag protests.

Union Agriculture Minister Narendra Singh Tomar’s recent statements are perplexing and contradictory. It appears that he has gone back to a position of asking farmers to share clause-by-clause concerns and objections, whereas farmer leaders have already clearly explained by the beginning of January 2021 itself why they are not seeking some meaningless amendments here and there in the 3 central farm laws when there are fundamental flaws in the laws and their very objectives. It is clear that the Narendra Modi Government at the centre has not given up on its numerous tactics of escaping its responsibility towards farmers of the country. “Farmers are ready to put in their energies to educate fellow citizens, and appeal to them to punish BJP. That is the only lesson that the government seems to be willing to listen to”, said SKM.

Facebook Should Be Co-Accused in Delhi Violence: Legislative Committee 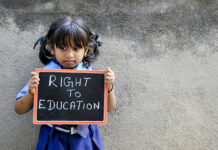 From a Shivering Republic to a True People’s Republic

Union Budget 2021-22: Continuation of Looting Farmers and Favoring Corporate in...