Central Trade Unions have called for a nation-wide protest on September 23 against the Anti-worker Labour codes and Agriculture Acts put forth in the current session of Parliament, Workers Unity reported.

The Labour Ministry on Saturday introduced three new labour codes in the Lok Sabha. These three codes, along with the Code on Wages passed in 2019, are meant to consolidate all existing labour laws.

The Agriculture acts are the Farmers’ Produce Trade and Commerce (Promotion and Facilitation) Act, 2020, The Farmers (Empowerment and Protection) Agreement on Price Assurance and Farm Services Act, 2020, and The Essential Commodities (Amendment) Ordinance, Act.

Both the labour codes and the agriculture acts have been criticised for being pro-business interests and diluting the protections for workers and farmers respectively. The Agriculture Acts have been passed amidst widespread resistance and opposition leaders have alleged that the ruling party broke rules of parliamentary procedure to pass them.

The situation of India in the pandemic has been steadily deteriorating without any meaningful interventions by the government, and in this crisis, the poor are the most vulnerable, especially workers and poor farmers. Even as India is set to become the worst-affected country in the world, the government has been destroying the economy of the country completely. The almost 24% fall in the GDP is the biggest fall that any country has faced.

The poor are bearing the burden of both the pandemic and the economy. The rate of unemployment was already the highest it has ever been in the last 45 years, but during the pandemic, nearly 1.89 crore people lost their jobs. Meanwhile, due to the government’s priorities, there has been a 35% increase in Ambani’s wealth since April.

The government has been pushing a large scale move towards privatisation, with major PSUs including banks, oil companies, defence, coal, etc on the way to being privatised. The Indian Railways and various Airports are also going to be privatised.

Much before the Parliament session began, various state governments passed ordinances suspending many of the existing labour laws, hence allowing employers to make the workers work overtime, for how many ever hours, without holidays, and without minimum wages.

The new labour codes now give the employer allowance to hire and fire workers as they please, reduce the power of trade unions, and make it nearly impossible to legally strike. They also relax penal provisions for employers who violate labour laws.

What all of the new labour codes reveal is a move towards reducing regulation and increasing flexibility for employers, and a dilution of workers rights that is whitewashed as ‘ease of doing business’. The supposed simplification of laws into four codes is an attempt to remove or modify the various protections that ensure the basic rights of workers to employment security, safety, social security, and the right to protest, and pushes workers towards precarious forms of labour.

Various groups across the country have been protesting throughout the lockdown, but the protests have largely been ignored by the government, which has continued with its anti-people policies. Hence the trade unions have called for a nationwide protest against the labour codes that will send a stronger message to the government.

The demands of the protest are as follows:

Accenture to Lay-Off 25,000 Workers in India 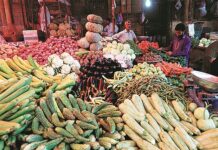 Thoothukudi: Police Firing on Anti- Sterlite protesters is a scar on...