On 22nd October, Poland’s constitutional tribunal ruled that aborting fetuses because of deformity is unconstitutional. The ruling caused mass outrage since 98% of abortions are because of fetal abnormalities, and people saw this as yet another collusion between the State and Church for curbing citizens rights, leading to mass protests.

Due to it the backlash, the conservative government led by the Law and Justice party had to delay the law. However, the ruling seems to have just been the straw that breaks the camel’s back as they have now become all-encompassing anti-Government protests.

Laws on Abortions in Poland

Since the end of Communist rule in Poland, abortions have become increasingly inaccessible. Now, a country strongly influenced by Roman Catholicism, Poland has some of the strictest abortion legislation in the European Union. Since the mid-90s, politicians have favored the views of the Catholic church over public opinion and continuously tightened the law. Because of this, abortions had already been a point of controversy even before the new ruling.

Abortions were banned in Poland until 1932, when abortions were legalised for medical reasons and when pregnancy is caused because of a criminal act, such as incest or rape. During Nazi Germany occupation, the law was restricted further, especially in the case of “Aryan” women, but was reinstated afterward until 1956.

In 1956, abortion was legalised for social reasons, when a woman was experiencing “difficult living conditions.” Interpretations of this varied, and became less restrictive as time passed, with women from other parts of Europe traveling to Poland for abortions. The situation now is drastically different as the majority of Polish women travel to other countries for abortions.

“In practice it takes weeks, sometimes months…Some people decide to risk the battle in Poland; others look for alternatives.”

At the end of the communist rule laws were restricted, and in 1993, terminations on the grounds of “social reasons” were banned. The new law saw a return to the pre-1956 era, and since then, abortions have been legal for three reasons:

Bishops and Catholic groups have been pressuring the governing Law and Justice party to impose stricter restrictions on abortion for many years. In 2016, a law was raised in the parliament calling for a complete ban of abortions, causing massive protests. Eventually, members of the ruling party had to vote against it in parliament to avoid backlash despite unofficially backing it previously.

Many have theorised that Poland’s constitutional tribunal- an organisation which declared whether State activities are constitutional- passed the ruling rather than the legislative in order to avoid similar backlash.

Despite the conservative Government’s attempts to avoid backlash, the decision of the constitutional court led to even bigger protests this time around and is said to be the largest since the overthrow of the communist regime.

“The atmosphere of protests is amazing. For the first time after the Solidarnosc strikes in 1980, people from small towns and villages also take part in the protests on a massive scale…

Protestors have brought up various issues to the forefront. One of the challenges raised is against the restrictions on sex education as the right-wing Government introduced legislations penalising teachers as sex offenders (as LGBT activists and pedophiles) for teaching subjects related to sex, including anatomy or menstruation.

The treatment of the ruling Law & Justice of the COVID-19 pandemic is also a major issue in the anti-Government protests as they do not have sufficient healthcare or tests and impose unplanned restrictions.

Other key topics covered by protestors include rape culture, mental health, lack of education, racism, trans and homophobia, and manipulation of media by the State. Protestors also critiqued the Government for introducing the law during the pandemic, where fear and anxiety is already high, especially for women.

Related: How COVID-19 Crisis pushed women further to the margins

not just against this hell for women, decided by this so-called constitutional court, but against this government, against church involvement in political affairs, for minority rights. Simply for freedom.”

Protestors have also examined the role of the Church in pushing hateful messaging and policies. Some demonstrators defaced churches and disrupted services. The Guardian reports that the support for the Church has also fallen from 57% to 49% since March.

PiS leader and deputy prime minister, Jarosław Kaczyński, urged that churches should be defended at all costs. While the protests in smaller regions are largely safe, protests in the state capital of Warsaw have seen police suppression. Police used pepper spray against protestors and arrested many of them. On the 16th day of the protests, police blocked meeting points and stated that they will “forcibly disperse” protestors on 8th November.

The Polish Government is now urging citizens to stay at home to avoid the spread of COVID-19 and is said to release new restrictions. But immunologists state that the protests are safe since the protestors have been wearing masks, are social distancing, and marched in the open air which reduces the risk of infection. Protestors also argued that the Government is attempting to shift blame from their own failure to control the pandemic and that they are falsifying statistics by registering all COVID tests rather than just cases.

Related: Why people all over the world are protesting?

Rightwing people are nobody to dictate who should or shouldnt eat... 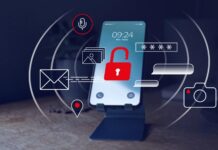 Widesprerad Condemnation of the Arrest of another Jamia student

UP Draft Population Control Bill, No Govt Jobs or Subsidies for...