The Spanish flu was a deadly pandemic that spread across the world. It began in January 1918 but took a deadly turn later that year. In October, the number of people dying each month jumped ten-fold. The illness remained very deadly until December, after which death rates dropped again. It took almost a year to disappear.

More people in World War I died because of the Spanish flu than because of combat.

The flu broke out during the first World War. Most countries involved in the war did not want to report on the spread, as they felt it would hurt national morale!

Soldiers were especially vulnerable, and they carried the disease from country-to-country, and the virus affected men in their twenties more than any other group. Soldiers were also not told about the extent of the virus, as their leaders felt it would harm morale, and make them less effective in combat.

How terrible! To support their soldiers, the countries lied to them about the dangers they were facing.

The origins of the flu are unknown. The flu broke out during the first World War. Most countries involved in the war did not want to report on the spread, as they felt it would hurt national morale. Reporting began when the flu came to Spain and their king, Alfonso the eighth became sick with the flu. Spain became the first major European country to report on the extent of the flu.

Also Read: Lessons from History: Bangalore and the Bubonic Plague of 1898

The Spanish flu was different than other types of flu. Usually, the flu is more deadly with people who have weaker immune systems, such as the very young and the very old. The Spanish flu killed people in their twenties. It is not clear why, but one theory is that in responding to the flu, the body’s immune response is so destructive that the body cannot handle it. The lungs would overflow with liquid, leading to death. People with stronger immune systems would be at higher risk.

Like with the Coronavirus, the Spanish Flu spread through coughing and sneezing. The virus is highly contagious. The first wave was not particularly deadly, though the second wave.

The British did not keep records of how many people died in India. Comparing death rates from before and after the flu, most people believe that nearly one in sixteen Indians died in the few months that the flu ravaged. This makes the Spanish flu one of the greatest disasters to hit India during the colonial period. We do not have a strong memory of the epidemic.

In the Mysore kingdom, nearly six percent of the population died in 1918. Like with Cholera and the Bubonic plague, the disease spread via rail from Bombay. The disease was first seen in Bangalore. In October, thousands of people in Bangalore were treated for the disease, and this was only a small number of total cases.

India was still battling the aftermath of the plague which had come twenty years before, and the sudden spike of Spanish flu was devastating. Most who contracted the disease could not get any form of treatment.

The tragedy of the Spanish flu in India was that there were no major reforms. The Bubonic plague only taught the British that their international reputation was at risk. The Spanish flu just came and went, and today is called the forgotten epidemic.

Even before the spread of COVID 19 in India, experts from across the world expressed caution on India. India is a poor country and spends very little on healthcare. Even today, we do not know exactly how many Indians die of influenza each year.

It is important to respond to a crisis. It is also important to learn from them. At this point, data collection and public health systems are weak. The Spanish flu was an important time in our history, and we did not learn the lessons it taught us. As the COVID 19 pandemic spreads in India, it is important, not to get overwhelmed by nationalist pride, the way the British did, but learn the lessons this epidemic has to teach us. 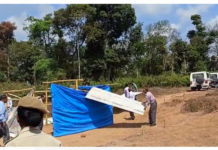