The Supreme Court has asked the government of India to make all COVID-19 testing at private labs free of charge. The interim judgement comes two weeks into the 21-day nationwide lockdown announced by Prime Minister Narendra Modi from the 24th of March.

Until now the government has allowed authorised private labs conducting COVID-19 tests to charge up to Rs. 4500 per test. Advocate Shashank Deo Sudhi had filed the petition in the apex court as the charges may not be affordable to most people.

In a video conference hearing, the Supreme Court bench of justice Ashok Bushan and justice Ravindra S Bhatt observed that private hospitals and labs have an important role to play in fighting the pandemic by extending their philanthropic service.

The bench also directed that all the tests must be carried in labs that are certified by the National Accreditation Board for testing and calibration Laboratories (NABL), or certified by agencies approved by the World Health Organisation (WHO) and the Indian Council for Medical Research (ICMR).

For a population of 1.3 billion people, there are only 52 designated government labs that conduct free COVID-19 tests. That is just 1 lab for 26.6 million people.

5% of India’s population i.e 65 million people are living in extreme poverty. The cost of tests in private hospitals is capped at 4,500INR, but given the poverty, many would still not be able to afford the tests. If India has to flatten the curve as soon as possible it has to rope in all available testing infrastructure, private and government.

There are lessons to be learnt from other countries who are handling the epidemic in a warlike manner.

Many countries have announced that there will be a postponement in paying off mortgage, and basic facilities like water, gas, and electricity will not be shut off due to non-payment, during the emergency. 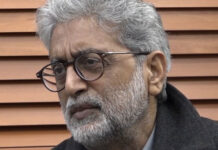