The big two-page advertisement appearing in leading Kannada dailies of Karnataka on Mekedatu project is creating confusion and apparently misleading the readers.

Normally, every advertisement will have the name of the person, agency or the government in the advertisement.

But the advertisements given to newspapers like Prajavani, Samyukta Karnataka, Hosadigantu, Vijay Karnataka etc. have no mention of any person.

To find the fact, gaurilankeshnews.com tried to make an effort to know exactly who gave these big advertisements. We tried to find the answer to this question from the authorities of the newspapers.

The advertisement was shared by Karnataka Health Minister Dr. Sudhakar in his twitter account after the Congress launched its ambitious 10-day Padayatra for the implementation of the Mekedatu project from Saturday.

The same advertisement which got published in Hosadigantha newspaper was shared by Karnataka BJP’s official twitter handle.

In his twitter handle, Sudhakar said that the congress did not make an attempt to implement the Mekedatu project when it was in power, but now the party which is in opposition is showing concern for the project for its political existence. The people are noticing everything, said Dr. Sudhakar in his twitter handle by attaching an advertisement published in Prajavani.

Will these newspapers carry any such advertisement for the sake of money”, wondered writer V. R. Carpenter.  Many others too have raised their objection to such misleading actions.

After publication of the advertisement, Prajavani carried an article the next day.  Speaking to media persons, Water Resources Minister Govind Karjol has accused the Congress of making Mekedatu a political issue. Efforts have been made to reply in the political term itself. The advertisement does not carry the picture either of him nor of CM. “ We have only told the truth to the people. The information that is present in the files of the government has been presented before the people”, Karjol has said.

In his reply,  Leader of the Opposition in Assembly, Siddaramaiah has said that the BJP which did not make any efforts to implement the project in its over two and half years of tenures, is now misleading the people with the advertisement.

In his sharp reply, Former Water Resources Minister, M. B. Patil termed Minister Karjol as ineligible person to hold the chair. The Minister has no knowledge about the interstate water sharing dispute.  “ Whatever water is being received by the people of Benglauru today is the result of the efforts of the Congress government. When the advertisement has no owner mentioned, then who sponsored it? BJP is behaving cheaply and Karjol is responsible for that”, Patil remarked.

Interestingly, though Karjol admitted to giving advertisements, he has not mentioned whether the advertisement is given by the Government itself or the party has given it.

More than political statements and  counter-statements, will the newspapers continue to carry such  sponsor less advertisements?

Will such advertisements not create confusion among the readers?

In order to find the answer to these questions, gaurilankeshnews.com contacted the authorities at Prajavani, Vijayavani and Samyukta Karnataka.

We were unable to get any response from the CEO of Prajavani. Then we contacted Deccan Herald General Manager Sudeep Nag. Nag said if the website wants to talk about Mekedatu advertisement then he suggested speaking to Nanadakumar who is responsible for taking ads related to notification or notification.

Thus the paper only mentions it as advertising one of the top corners of the advertisement.

When further asked whether the paper accepts the ad without the sponsor, Nandakumar said that when the ad has come, it means often it will be sent by a particular department. The department gives ads through the agency.

We later asked who gave the ad, then he replied that an agency called ‘Jhenkar’ has given the ad and added that the agency has secured government approval.

To a question, he said that normally, they receive an ad after confirming who is giving the ad, “ But this is for the first time that we received an ad without the name of the  sponsor”, he said.

Asked if the paper will take similar ownerless ads in the coming day too, Nanadakumar said that for any matter of the ad, the paper is not responsible. Now with regard to the Mekedatu ad, it has been received from the agency. “ But we don’t know who is going to make the payment of the ad to the agency”, he said.

When asked whether the paper will take any ad from the agency even if it is given by an unknown person or source,  he said that the current ad has come from a government recognized agency, therefore the paper believes it.

“ Otherwise it is not possible to take ad from just anybody”, he replied.

When asked directly whether the paper will carry a similar ad if it comes from the same agency, the official made it clear that in no case such an incident will be repeated.

He asserted that the paper will henceforth remain alert before taking any advertisement.

He said that even the Information Commissioner clarified that since the ad has not been given by any department, therefore, the department will not clear any bills.

“ The commissioner asked us to collect money from the agency itself “, he said. Later, even Bhatt regretted receiving such an unowned ad.

“ We have directed the ad department not to take any such ad. This has come without my notice. The moment I saw the ad in the morning I inquired with the ad department. I have given instruction not to carry such as that which has no owner”, Bhatt said.

When the same question was asked to the Vijayvani editor, Channegowda, he said normally the matter related to advertisement is normally brought to the notice of the editorial section. “ We carry the ad if we are sure that the ad does not defame anybody. The said ad also falls under the same norms. “ It is not necessary that all the ads should have a source, even if the ad gives some information to the general public then we take such ad”, he said.

He said that the person who was giving the ad, requested personally not to carry the name of the advertiser. “ Since the person was convinced as to why the name is nor important, we agreed and carried the ad”, he said.

When asked whether the readers ask the source of the ad, he replied that nobody so far questioned about the ad. “ We will take such an ad if tomorrow Congress offers it”, he asserted.

Interestingly, when contacted by the Samyukta Karnataka paper, the editor, Hunasawadi Rajan asked the website to seek information from the government and not from the paper. “ Whatever the Irrigation Department says about it, it will be final”, he said. 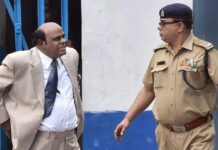 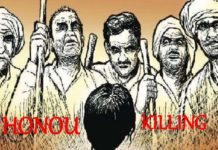 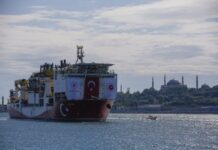