On 16th October, Delhi police detained and assaulted 24-year-old Caravan reporter, Ahan Penkar. The Caravan released a statement, showing gruesome marks all over Penkar’s back from police brutality. The assistant commissioner of police of Model Town, Ajay Kumar, allegedly kicked and slapped Penkar when he was detained inside the Model Town police station.

Police brutality against the Caravan journalist and protestors

At 2:45, Penkar arrived outside the Model Town police station to cover a protest regarding the alleged rape and murder of the 17-year-old teenager in North Delhi. It was a small crowd- around 20 students and activists had gathered there along with ten of her relatives, demanding the police register an FIR in a case based on a complaint made by her relative. Members of the crowd had gone inside the station to register an FIR, and it was only after they refused that they began raising slogans condemning the Delhi police.

Most of the police were in plainclothes, making it difficult for the crowd to learn their name and rank. This is typical, and in many cases, police even refuse to show their names or badges even when arresting protestors, especially when cameras are around.

Penkar was recording the incident with his phone but held his press card throughout the protest. A plainclothes official pointed him to ACP Ajay Kumar, who ordered to take him inside along with several others. They took him and several others into a room and made them sit on the floor. Several police officers entered and verbally and physically assaulted them one after the other. Penkar told the Caravan:

Police officials “grabbed my trousers from the back, my shirt from the front, and dragged me,” Penkar recalled. “They took my phone immediately, even before we had made it inside … The whole time, I was yelling, ‘I am a journalist, I work for The Caravan.’”

2/2 Ahan Penkar, who was also seen protesting amongst the crowd was also detained and subsequently released. He later claimed himself to be a press person & alleged misbehaviour. Police has issued notice to him in the matter. @DelhiPolice @CPDelhi https://t.co/GLlBrNsbNw

The Delhi police has a history of attacking journalists. In August, two Caravan journalists were attacked and sexually harassed from by Delhi Police. Shahid Tantray, Prabhjit Singh, and an anonymous woman. The police in Northeast Delhi threatened them with murder, sexually assaulted the woman, and subject them to communal slurs. The journalists were conducting a follow-up report about a woman complainant who had accused the police of sexual violence.

Besides this, during the February riots and protests in Delhi, many journalists were attacked by the police, including Akash Napa of JK 24×7, who was shot, and Arvind Gunasekar of NDTV who lost some teeth. Saurabh Shukla, Mariam Alvi, Sushil Rathee of NDTV, Runjhun Sharma of News 18, Shivnarayan Purohit of Indian Express, Parvina Purkayastha of Times Now and Akshay Kumar Dongare and Tanushree Pandey of Aaj Tak were also attacked by the police. 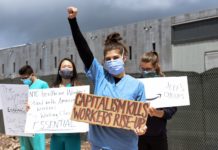 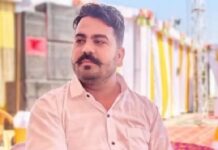