In early October, a Dalit girl who works as a domestic worker was found hanging in her employer’s home. Her family alleged that she was raped and potentially murdered by her employer. But the Delhi Police did not thoroughly investigate the case, and instead detained those demanding charging an FIR, including a journalist from the Caravan. The attack on the journalist created controversy online, but the case itself is not covered extensively.

On October 4th, the 17-year-old Dalit domestic worker was found hanging from the roof of the driver’s room, where she was forced to stay by her employers. The police stated that there was no foul play and that the post mortem report showed a suicide.

They reiterated this claim in a tweet after witnessing backlash regarding the attack of the journalist. The Caravan journalist Penkar had gone to the Model Town police station at 2:45. A small crowd of 30 people in total, consisting of students and activists and family had gathered around the station. The family was urging the police to register an FIR case against the employers for rape and abuse and abetting her death, but they refused. After that, the crowd began raising slogans condemning the Delhi police. They were arrested for violating DDMA order and subject to physical and verbal attacks. The family told the Wire that male police officers sexually misbehaved with female detainees.

In a suicide by a girl reported in PS Model Town, Post Mortem findings are conclusive of suicide.On 16.10.20 some protestors staged dharna outside PS to put undue pressure on police.They were detained for violating DDMA order& case has been registered under IPC & Epidemic Act https://t.co/GLlBrNsbNw

However, the police’s statement does not adequately answer why the girl would be motivated to commit suicide in the first place. Moreover, it also does not justify why the detainees, including the journalist and members of the family, were attacked.

The family’s claims provide an answer and would implicate the employers in her death because of their continued extreme verbal and physical assault. They stated that the girl was forced to sleep in the driver’s room and when she tried to inform her relatives, she was restrained and threatened by the employer’s wife. Her aunt told the Wire that she also received a distressing call on her day of death after three days of silence. According to the family, she had been raped for ten days by her employers, and that they potentially killed her.

Press note on suicide by a girl in jurisdiction of PS Model Town @DelhiPolice @CPDelhi pic.twitter.com/6AYPNdq6kw

How the Delhi Police mishandled the case

Re-evaluating the police’s statement in light of the family’s claims raises many questions on the purposeful mishandling of the case. The post-mortem report suggests she died of asphyxia and since her door was bolted from the inside, the police ruled the case a suicide. However, the report does not rule out evidence of rape or mention whether they had investigated the case in light of the accusations.

Contrast this to the suicide case of Sushant Singh Rajput where months were spent by investigating agencies to frame people with no evidence. Investigation teams thoroughly investigated claims that Rhea Chakraborty played a role in Sushant Singh Rajput’s suicide, or even directly killed him, why didn’t they let the Dalit girl’s family file an FIR? Even if their claims weren’t true, the police should have thoroughly investigated the grievous charges.

The family and student unions also accused the police of mishandling the body. Her aunt initially was allowed to see the body briefly at the scene, but they barred the rest of the family from seeing it at the station. The police told them to bring her father, who was a drug addict, and estranged from his children. For a few days, the family also did not know about her body’s whereabouts. She was only allowed to see her body very briefly on the 8th, the morning after the postmortem. That morning itself the police also seem to have hastily and forcefully cremated the body in the presence of 300 officers. If this is true- as the Allahabad HC pointed out in the Hathras case- it is a violation of the family and the victim’s fundamental rights.

The police not looking into the possibility of rape before closing the case is also especially irresponsible because of the high rate of similar incidents of rape, violence, and murder of domestic workers. Such cases are also especially high when the worker is a Dalit woman and/or a minor who does not live with her community or family. Most notably, in 2014, a domestic worker named Sabina Khatun‘s body was found hanging in her employer, Mr. Vijay Beri’s house. His sons, Apoorva and Abhishek Beri were prime suspects in her murder and rape. Her employer offered the family of the deceased three lakh to not demand an inquiry into her case. Three years later, domestic workers unions held mass protests since no charge was made against them. Much like the present case, here too the police refused to file an FIR against the accused and were pressurised into doing so by domestic workers unions.

This narrative seems very similar to the Hathras case with regards to 1) the accused’s treatment of the victim 2) the police barring the family from their right to the victim’s body and 3) not respecting their wishes to take the case forward, 4) hastily cremating the body without conducting a thorough investigation on charges of rape and finally 5) arresting and attacking journalists covering the case or related protests.

But as the Sabrang points out, what differs is in the press coverage of the two, as well as public response. Because of the hyper-saturation of some cases in the media, the fatigue felt afterward means similar cases don’t come to light, and the former is made out to be an anomaly rather than a repeated pattern.

In order to bring justice to the victim and her family, an investigation should be carried out by an unbiased team looking into the claim that the victim was raped and that she was murdered. An investigation regarding the police’s mishandling of the case should also be carried out, questioning whether the police did hastily cremate the body and whether they looked into the charges of rape and abuse, as well as why they didn’t let the family file an FIR. 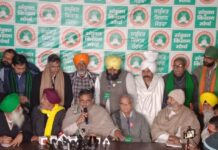