The villagers of Dhinkia Chaaridesh are fighting a battle for survival, a battle with all odds against them. On one side are the villagers determined to save their land and livelihoods, on the other side we have a 13 billion dollar company Jindal South West Steel Ltd. in collaboration with the Odisha government and the state machinery. The state-capital collaborators have waged a ruthless war against the villagers with brutal police crackdowns, sieges and enforced disappearances. Yet, for the villagers, it is a fight for their survival. They need to win this battle. And they have won before. Almost a decade ago, a similar attempt was made to annex their land by the state government and the South Korean steel-making company POSCO. The government had already acquired 2700 acres of land demanded by POSCO but with their sheer determination and bravery, the villagers stopped the construction of a steel plant by POSCO by evicting them from their land and homes. They are still opposed to such projects, their primary fear being destruction of the habitat, the natural resources that they rely on, their community life and culture and their livelihoods.

The violent attacks on the villagers and the dangerous consequences of the forcible land occupation by JSW have drawn widespread attention. Protests have emerged beyond the state boundaries in solidarity with the people of Dhinkia Chaaridesh. Interestingly, encouraged by an environmental advocacy group called Environment Support Group (ESG) based in Bangalore, a group of students from O.P. Jindal Global University in Sonipat (Haryana) has formed a campaign platform, Students for Environmental Justice. They have not only condemned the human rights violations and environmentally irresponsible behaviour of the JSW group but have also invited the chairman and managing director of JSW, Mr. Sajjan Jindal “to engage in urgent dialogue” on the issue. In a petition to fellow students, the Environment Support Group student organisers sought their support as Jindal students to stand up for the villagers of Dhinkia against the oppressive machinery of the rich and powerful. Urging fellow students to express their support for the movement by signing the open letter to Sajjan Jindal, they wrote:

Hundreds of women, children, and elderly are being brutalized by State authorities in Odisha for the sake of Jindal Southwest Steel’s proposed integrated steel project in Dhinkia village of Jagatsinghpur district, Odisha. Their fault – to peacefully oppose a project that will rob them of their traditional livelihoods and destroy a rich but fragile ecosystem.

When asked what persuaded them to take up this initiative, Devyani, a student of Global Affairs in O.P. Jindal Global University explained, “As Jindal students, we have some voice because we are part of the larger Jindal group. Inevitably we are tied to them because we study at O.P. Jindal Global University. So, we informed ourselves on the ongoing situation and decided that we should take a stand against the blatant disregard for humanity and the environment.” About 25 people were in the group when the campaign started but it has grown in the past few days and around 500 students have signed the petition and the open letter addressed to JSW.

One of the trustees of ESG, Leo Saldanha, who has been involved in the resistance movement since Dhinkia’s anti-POSCO days, spoke on the importance of student participation: “being part of movement space is probably the most deeply educational process that you can find. What knowledge is imparted through textbooks and in classrooms is sadly ineffective in the long run. Environmental and social challenges are mounting while the pandemic has been used to suppress fundamental freedoms and dissent. But when we look at different movements in the recent past, for example the anti-NRC anti-CAA movement or the Farmers’ Protest, we realise how powerful student participation is in questioning the state. Now, most of the universities that are set up today, including Jindal, are by capitalists who have benefited from extractive development. Even public universities have been taken over by the dominant state. So, these educational institutions are never neutral spaces and even students need to take up their causes.”

However, student action is faced with increasing challenges due to the COVID-19 pandemic and the lockdowns. University campuses are politically charged spaces. Even private universities like Jindal have witnessed sit-ins and class boycotts, notably in support of the anti-NRC anti-CAA movement right after the horrific Delhi pogrom. However, in view of the current situation when most educational institutions including Jindal are operating virtually through online classes, conversation and mobilization are difficult tasks to undertake. Yet, Leo emphasized on the need to keep moving. Talking about the petition and the letter, he said, “Inertia has indeed turned into action and that itself is a huge transformation. Otherwise, a sense of cynicism, helplessness and hopelessness would creep in. Naveen Jindal may not be the direct person involved but he is the Chancellor of the university. His family’s name is involved. They make big statements. This is the time to live up to those statements.”

Sajjan Jindal replied to Students for Environmental Justice (SEJ)’s letter on 26th January acknowledging receipt of the letter and assuring the students that they would respond by 31st of January. When asked about their plan to take the campaign forward, Ishika Garg, a law student at Jindal responded, “We are getting more and more students responding every single day. Now, the plan is to get other universities involved. We are already in the process of contacting them so that they also release their own statements accordingly. The next plan is to release a public petition, this time perhaps involving government bodies and also mobilizing through social media and news media. We are also trying to publish research on the same and while we are not directly participating in the legal procedure, we are trying to analyse the legal aspects of the situation as students too. The immediate step is definitely further mobilization in order to involve other student bodies as well.”

Earlier, on 19th January, a rally was organized in Kolkata by various students’ organisations against police atrocities in Dhinkia. Priswamita, one of the organisers of the rally and a student of Jadavpur University, stated that their motive was to condemn the land grabbing and the lathi charge on villagers in Dhinkia. They had intended to march to the Odisha tourism office in Kolkata to demonstrate their protest and give a letter to the head of the office to forward it to the Odisha state government. However, they were stopped by the Kolkata police on their way and 33 students were detained. The students are still determined to continue lending their support and solidarity to the anti-JSW struggle in Dhinkia and are in constant contact with the ground movement in Odisha for this purpose.

The draft of the letter sent to Mr Sajjan Jindal is given below.

Letter to be sent to Mr Sajjan Jindal

We are a group of over three hundred concerned and alarmed students from O.P. Jindal Global University writing to you to engage in urgent dialogue over the human rights violations and environmental impacts arising out of JSW‘s proposed Integrated Steel Project in Jagatsinghpur district, Odisha.

JSW presents itself as being committed to the protection and enhancement of human rights, and towards development that is socially, ethically, and environmentally responsible. However, having engaged with the Jindal Pratirodh Bheetamati Suraksha Samiti and the people of the region, it is apparent to us that these words stand for less than they appear.

JSW’s proposed project threatens to disrupt traditional means of sustainable livelihood that have been practiced for generations, under the guise of development. It also places an ecologically rich and extremely fragile ecosystem under risk of irreversible environmental degradation. Combined with these issues are other serious concerns revolving around violations of the legitimate rights of forest dwelling communities over forests, the earnest application of the principle of Free, Prior and Informed Consent, and the brutality to which villagers have been subjected by police and government agencies for peacefully resisting their forest and private lands being grabbed for your project. And that when the JSW project has not secured any statutory approvals that provide legitimate access to these lands.

All this said, we are cognizant of JSW’s efforts to redress some of these wrongs and its proposed rehabilitation and compensation package. However, these efforts remain shallow and under-inclusive. Among other things, they ignore a large community of indirectly affected persons and fail to give due regard to the will of a significant number of non-consenting locals.

As students inextricably linked by the vision and ideals of the late Shri O.P Jindal to the larger Jindal Group, we feel a personal stake in upholding the values of justice, equality, and fairness in this case. Deeply troubled, therefore, by the occurrences highlighted above, we are hopeful that you will be willing to engage in a dialogue with us, the local population and other concerned stakeholders over the issues raised in this letter. Our aim is to be able to peacefully resolve the conflict with the best interests of all considered.

We would be grateful if you could respond to this e-mail by the 26th of January 2022 indicating your acceptance or rejection of our proposal to enter into dialogue. We will take silence as an indication of your rejection.

Students for Environmental Justice
https://www.instagram.com/studentsforenvjustice/?utm_medium=copy_lin
The letter was first published in groundxero.com 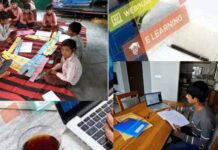 Online Education Or Exclusion by Design?