On 6th August 2020, the NIA interrogated Father Stan Swamy, a prominent human rights activist from Jharkhand, for nearly two and a half hours in relation to the Bhima Koregaon case. This interrogation took place at his Ranchi residence in Bagaicha, Namkum.

It is widely known that originally hailing from Kerala, Father Stan Swamy has been fighting for the issues of Adivasis and Mulnivasis in Jharkhand for almost 50 years. He was also one of the founding members of the Visthapan Virodhi Janvikas Andolan (VVJA). He has done significant work with undertrials in Jharkhand prisons. He is one of the most eminent human rights activists in Jharkhand.

During the tenure of the previous BJP government in Jharkhand, Father Stan Swamy was one of the many social activists who were slapped with sedition cases in relation to the Pathalgadi movement. In December 2019 after the government changed, all the sedition cases lodged against these activists were revoked. Stan Swamy has remained vocal of the constant looting of land in Jharkhand.

In relation to the Bhima Koregaon case, Father Stan Swamy’s house has been raided before this as well. On 28th August 2018, the Maharashtra police raided his Ranchi residence in Bagaicha, Namkum, and seized his laptop, CDs, pen drives, mobile, and various other things. Since then Father Stan Swamy has become a target for the Bhima Koregaon case like other intellectuals.

The fascist central government has started a third round of arrests in relation to the Bhima Koregaon case and has constantly been using this as an excuse to harass the intellectuals of our country. We must stand on the side of our intellectuals and express our solidarity, and stand strong against the oppressive actions of this fascist government.

This article has been translated in English by Damayanti Saha. 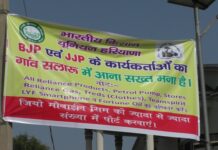 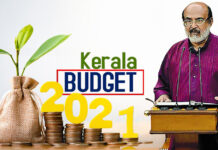 BJP: Yes to Savarkar, No to Kitturu Rani Chennamma

Delhi: FIR Against Trade unions and ASHA workers for Protesting on...

Tamilnadu: Spike in Caste atrocities during the lockdown