Human rights activist Stan Swamy has been arrested on Thursday night 8 Pm from his residence in Ranchi, Jharkhand by a team of National Investigation Agency (NIA).

Stan Swamy is 83 years old, Jesuit priest has been a long time human rights defender and a tribal rights activist.

On 6th August 2020, the NIA interrogated Father Stan Swamy, for nearly two and a half hours in relation to the Bhima Koregaon case. This interrogation took place at his Ranchi residence in Bagaicha, Namkum. His home has been raided twice in connection with the case.

Swamy was taken into custody from the Jesuit-run Bagaicha social centre, where he lives. “No warrant was presented,” a colleague on the campus said. “NIA people were rough and arrogant. They said he [Swamy] was accused and a senior officer wants to meet him at the NIA office in Ranchi.” However, it is not clear where the activist was taken.

Video statement (English) of Stan Swamy two days before his arrest. In the eventuality of him being forcefully taken.

“Life and death are one,
even as the river and the sea are one”
[poet Kahlil Gibran]

I was interrogated by NIA for 15 hours during a span of 5 days (July 27,28,29,30, Aug. 6).  Apart from my bio-data and some factual information, several extracts allegedly taken from my computer implicating my connection to Maoist forces were placed before me. I told them all these are fabrications stealthily put into my computer and I disowned them.

The nature of the present NIA investigation of me has nothing to do about Bhima-Koregaon’s case in which I have been booked as a ‘suspected-accused ’ and consequently raided twice (28 August 2018 and 12 June 2019). But it had everything to do to somehow establish (i) that I am personally linked to extremist leftist forces, (ii) that through me Bagaicha is also relating to some Maoists.  I denied both these allegations in the strongest terms.

After six weeks of silence, I am being summoned to appear in NIA-office in Mumbai. I have informed them

(i) that I fail to understand the need for interrogating me further given the fact I have been subjected to that for 15 hours already,

(ii) that I am not in a position to undertake the long journey given my age (83) and the nature of the epidemic ravaging the country. Besides Jharkhand State Govt has given a directive that during the lockdown period elderly persons above the age of 65 may not appear in public, (iii) that if the investigating agency wants to interrogate me further it can be done through video-conference.

If NIA will refuse to consider my request and insist that I go to Mumbai, I’ll tell them that it will not possible for me to go for the above reasons. Hoping human sense will prevail. If not, I / we must be ready to face the consequences.

Grateful to all who have stood in solidarity with me all these years.

It is widely known that originally hailing from Kerala, Father Stan Swamy has been fighting for the issues of Adivasis and Mulnivasis in Jharkhand for almost 50 years. He was also one of the founding members of the Visthapan Virodhi Janvikas Andolan (VVJA). He has done significant work with undertrials in Jharkhand prisons. He is one of the most eminent human rights activists in Jharkhand.

Mob of 200 People from Dominant Castes Attack Dalits in Ainlasari,...

The Neglect of Kazi Nazrul Islam’s Revolutionary Poetry and Ideas 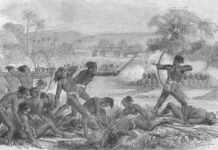