The Uttar Pradesh Government on Friday informed the Allahabad High Court through its counsel that it has withdrawn the order of departmental re-inquiry against Dr. Kafeel Khan.

The information came in the light of an order from July 29th, in which the Court had noted Dr. Khan‘s concern and had asked the State “to justify” the continuance of order of suspension for over 4 years.

In that order, the Court had noticed the delay of 11 months in the re-initiating inquiry against Dr. Kafeel Khan when the Inquiry Officer had already concluded earlier inquiry and submitted his report on 15.04.2019.

In light of the withdrawal of re-inquiry by the UP government, the previous inquiry report submitted on 15.04.2019 by Inquiry Officer, Principal Secretary Mr. Himanshu Kumar remains valid.

In 2017, Dr. Kafeel Khan was working at BRD Medical College in Uttar Pradesh when the Gorakhpur oxygen cylinder tragedy happened where more than 1000 infants died due to a shortage of oxygen cylinders.

The Inquiry report submitted on 15.04.2019 by Mr. Kumar made several conclusions clearing him of the charges levied by the Yogi government. The report mentioned that despite being on leave on 10.08.17, Dr, Khan rushed to BRD medical college Gorakhpur on that night and managed to arrange 500 cylinders in those 54 hours with his team saving the lives of many children.

The report also observes that there is no evidence that suggests his involvement in corruption and that the charges of medical negligence were baseless and without any substance.

The Allahabad High Court has directed Uttar Pradesh Government to provide a justification by August 10 for continuing the suspension of Doctor Kafeel Khan for the past 4 years. Interestingly, Dr. Khan’s suspension continued even though seven other co-accused including Dr. Rajiv Misra (Ex Principal), Dr. Satish Kumar (Oxygen Incharge) ,accountants have been reinstated.

Karnataka witnesses yet another incident of Dalit atrocity

Violation of Child rights with regard to Hijab row: Shimoga reporter... 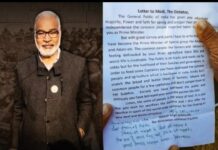 Lawyer Kills Himself At Protest Site Over Farm Laws