Dr. Kafeel Khan is a pediatrician and was working in BRD medical college in Gorakhpur. He was suspended from the hospital after a large number of infants died at the hospital due to encephalitis in 2017. He was made a scapegoat for the whole incident. He was jailed for 9 months. The court has no found any evidence of medical negligence against him. He was released.
Dr. Kafeel Khan was arrested again in December 2019 because he spoke at Aligarh Muslim University on Citizenship Amendment Bill (CAA), which is called discriminatory and advised students to get their papers in order. He was booked for this speech under NSA and he and his family are being constantly harassed with dates after dates and rearrests.
As of date, Kafeel Khan, a 38-year-old pediatrician has been in jail for 480 days. He is currently in jail under the draconian National Security Act, which allows for a person to be held without charge or a lawyer for one year.
The following article was written by Dr. Kafeel Khan for Gauri’s 2019 Anniversary Edition last September when he was traveling throughout India, setting up medical camps in remote villages in India.

Prior to BRD oxygen tragedy I never realized there is so much hatred in the society in the name of caste /religion /socio-economic status/region/gender/disability. Never realized who is Akhlaq, Junaid, Pehlu khan, Why Rohit Vemula had to commit suicide? What was Una Tragedy? Why Gauri Lankesh was shot? I was a common doctor who loved to be with children.

BRD oxygen tragedy happened on 10th August 2017, which killed many children. The reason was the stoppage of the supply of liquid oxygen due to the non-payment of dues to the vendor. To hide government administrative failure I was made the scapegoat and imprisoned for nine months, though I left no stone unturned in saving the lives of kids on that day. After 9 months of hard times, emotional & physical turmoil, when I was trying to start from the scratch they tried to kill my brother and what followed later was horrible, unacceptable, the insensitive attitude of UP police as they tried their best to delay the emergency operation to remove the bullets for many hours – the 2nd attempt of murder by UP Police.

Honorable Allahabad High Court categorically stated that there is no evidence of medical negligence against me. Still, I am suspended for the past 2 years and government-sponsored victimization continues.

I spent these days roaming all over India, meeting people -I asked all of them, the same question. What is your expectation from your government? Most of them answered good health facilities, good school, and employment, alas these days the government is talking about Pakistan, immigrants, Kashmir, Triple Talak. This overdose of pseudo-Nationalism and pseudo-Hinduism is poisoning the young generation’s mind so much that they are not able to see reality and are living in a delusion of grandeur.

Media plays in hands of government to portray a particular community as bigoted and hold this community responsible for all the problems the country faces today, in the process whip up sentiments against the particular population. Opposition parties instead of agitating on the ground are trying to hide behind soft-Hindutava. Most dangerous is that any voice who does not agree with the saffron brigade’s version; they are dubbed anti-Hindu anti-National whether its leftists, secularists, writers, filmmakers, or historians. Mob-Lynching is a fast emerging trend where organized crime was done and the murderer would shoot the video to circulate it on social media to instill fear psychosis to one community and pseudo-euphoria in another.

In her last weekly column, late Gauri Lankesh wrote on the death of children at the Baba Raghav Das Medical College and Hospital in Gorakhpur and criticized my removal.
Today I am writing this article on her 2nd death anniversary.

I want to be more positive, more visionary, more Indian to counter the aura created by RSS divisive ideology. So much negativity had been spread- to counter that we should talk of positive things, as I am trying with free medical camps, my book release, telling people all is not over. Health / Education /Employment is still the issue but these issues are buried in the name of religion or nationalism issues. We have to create demand – we have to tell/ counsel people.

Whenever I was asked, “Why you oppose Modi Ji or Yogi Ji so much ?” I answered each time with the same enthusiasm that its not Modi JI or Yogi Ji that I oppose. I oppose their ideology which is based on hatred and violence, I oppose RSS’s divisive policy which is trying to divide people in the name of caste and religion since its inception(1925). India’s foundation is based on Pluralism, Humanity, communal harmony, equality, so lets spread love & peace.

Lastly, I assure myself and those millions who are praying for me that my sanctification, devotion, and determination towards serving my countrymen would continue regardless of the obstacles created by this regime. Government sponsered victimization is not going to break my zeal, my enthusiasm, my commitment towards the society. These difficulties have made me more determined to achieve my objectives and to win against all odds. 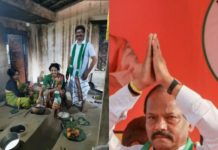 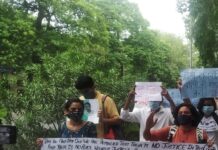