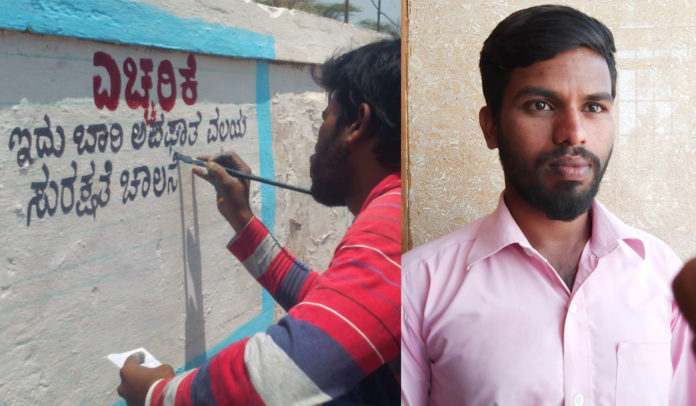 Since childhood, Rangaswamy has been living in a village next to the Highway. The vehicular movement which starts at the daybreak itself everyday continues till late night.

In such routine life, when the chilling word ‘accident’ was suddenly breaking the vehicular noise, the villagers were rushing to the spot. With the villagers, the young boy was also joining the race.

Once he witnessed one of the gut-wrenching accidents where lorries had a head-on collision.While one of the lorries carrying milk had broken and milk was flowing all over the road, the driver and his assistant were profusely bleeding. What is more shocking was that the people were busy collecting milk from the van but ready even to look at the grievously injured men.

This young boy, who could not bear to see the agony of the bleeding men, was sobbing helplessly. The boy had been witness to several such ghastly incidents. By looking at the incidents, he wondered why people don’t come forward to help accident victims?

The boy who was studying in high school, later joined PU college, but with the passing time, the question that has been haunting him,  only grew bigger.

Finally, the day comes when the boy answers his own question.

Rangaswamy, a boy from Ingaldal village of Chitradurga taluk followed the call of his conscience. He has taken up the humane responsibility of rushing to the rescue accident victims.He has been trying intensely to help save as many lives as possible of accident victims since 2013.

In the beginning when he started to rescue victims of accidents taking place on Pune-Bengaluru highway where his village is located, the villagers advised him to stop the work.

They felt that if Rangaswamy helps the victim, but the police will treat him as a witness and he will have to spend time shuffling between police station and courts.

To avoid Rangaswamy from unnecessarily getting trapped in legal hassles, the villagers wanted him to stay away from the road accidents and let the police handle the cases.

But Rangaswamy who was determined to save the lives of the people, was doing everything within his limits.  He was writing causations on the roadside stones advising drivers  to move slowly as it was an accident prone-area.

Initially, people thought he was crazy for doing such work, but later not only people began admiring his social concern, many other like-minded youth joined him to form a team.

Led by Rangaswamy, the team has so far written over 400 such boards across Chitradurga district to educate drivers and prevent accidents.

Now, some of the theater artists too have joined the team of Rangaswamy.

As the number of supporters started growing gradually, a whatsapp group called ‘Sanjeevini’ was created by the team. Now the group has over 700 people associated with it and have become volunteers.

Interestingly, there is a group exclusively of women where over 100 members have joined. This group has more teachers who are educating road safety rules to their students in the respective institutions.

If the group comes to know about any accident taking place in Chitradurga district, the pictures and videos are instantly shared among the group members.

The members staying close to the accident areas, rush to the spot in order to help the victims as quickly as possible.

Later, they also try to inform the relatives of the victims about the accident. The same information is shared with police and media too.

The group said that they have so far helped over a thousand people. The police too are helping and encouraging the group by not making them a witness to the incident.

The group is getting shot in the arm as many accident victims who have recovered, have become volunteers of the group.

After reading and knowing about the group in the media, many others too are joining the group to serve people.

In the recently held Road Safety Week programme, the Traffic and Transport Department had invited Rangaswamy as a guest to share his views.

Rangaswamy has already been invited in over 80 colleges to educate the students about road safety.

After considering his noble work, the police and transport department have assured him of recommending his name to be made as brand ambassador of road safety campaign of Chitradurga district.

According to the police report, though the number of road accidents rose in 2019 in Chitradurga district, the mortality rate was less.

The police give credit to “Sanjeevini” group for it.

In his view, one of the reasons for the road accidents where pedestrians die is the absence of roads for pedestrians on National Highways.

If the NHAI provides a road for pedestrians next to all the NHs passing through the roadside villages, then the number of accidents can be minimized.

After the information of Sanjeevini, the Transport Department has identified around 96 places in Chitradurga district as accident prone areas.

Rangaswamy now plans to expand the network to the entire state by constituting a Trust.

By considering this work, Prajavani, a Kannada daily of Karnataka has honored him in 2020 as one the young achievers. Many NGOs too have supported him.

Can secular politics realize the dangers of “Grassroots Hindutva” that won in Bijapur and Kollegala local elections? 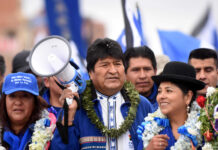 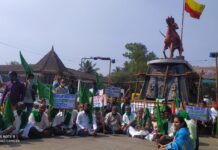 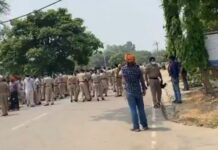