For over 37 years, Narmada Bachao Andolan has been continuously waging struggles for the thousands of  Adivasis and farmers displaced by Sardar Sarovar Dam Project, along with other projects in the Narmada  River valley, causing widespread displacement of people and ecological destruction. Narmada Bachao  Andolan has been continuously leading non-violent struggles for the democractic and constitutional  rights of farmers and workers. We have known the tireless struggle of the activists of Narmada Bachao  Andolan and we salute their hard work over the years. We strongly oppose the FIR registered against the  11 activists of Narmada Bachao Andolan, which is grounded on wholly false allegations, and further  demand that the FIR registered against them be immediately squashed.

Today, as farmers continue to deal with a worsening agrarian crisis and the situation of workers continues  to deteriorate from bad to worse. The youth of the country are being systemically denied of both,  education and opportunities of employment. Privatisation has been weaponized to further weaken the  already poor access to education and employment for the majority youth of Adivasi, Dalit and other  marginalized youth. Adivasis who have been staunchly resisting attempts by the government to hand  over their traditional resources of Jal-Jangal-Zameen are continuously facing evictions from their own lands. An ever-growing number of people are being deprived of their constitutional rights, every day.  With this latest accusation, it is clear that peoples’ movements and activists who have been consistently raising these issues are being targeted as part of a larger assault on democratic forces.

It is clear that governments across the country are trying to stifle and subdue dissenting voices who are continuously resisting the erosion of democratic rights and are leading constitutional struggles  for the same. Jagrit Adivasi Dalit Sangathan, stands in complete solidarity with Narmada Bachao  Andolan, its’ activists and all democratic forces who are leading struggles to ensure the right towards  a secure and dignified life for all citizens of the country.

Datta Iswalkar, the mill worker who struggled to give housing to... 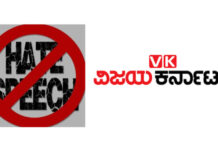 Transfer of SDM Ayush Sinha is Protection not Punishment: SKM

Remembering Gauri Lankesh and her fight against Fascism : Tribute from...