The National Investigation Agency (NIA) along with the local Police has raided residences of many well-known activists and lawyers in the state of Andhra Pradesh who are linked to the Human Rights and Civil Liberties movement and organizations.

Simultaneous raids are happening at the residences of Varalakshmi and Paani of VIRASAM (Viplava Rachayitala Sangham) at their residences in Proddutur in Kadapa and Kurnool respectively. Alongside, residences of Padma associated with the Committee for the Release of Political Prisoners (CRRP) and Amaraveerula Bandhumirtula Sangham and Advocate KS Chalam and Sirisha associated with VIRASAM are also being raided.

Residences of VS Krishna, Coordinator for Human Right Forum; Chitti Babu, President of the Andhra Pradesh Civil Liberties Committee (APCLC) at Rajahmundry; Advocate V Raghunath, Vice President of the Telangana Civil Liberties Committees in P&T Colony in Saroor Nagar in Hyderbad. Also, raids have also happened at the residences of Arun, Somashekar and Sirisha, all of whom are activists with VIRASAM (Viplava Rachayitala Sangham) along with Dappu Ramesh and Koti, well known cultural activists associated with Praja Kala Mandali.

‘A team of atleast 15 officers from both the NIA and the local police officers were present. The raid started at around 6.00 in the evening and is still going on. The officers have not produced any notice nor have informed under what authority is the raids being conducted. When the raids started, Raghunath and his younger daughter were at the house. They were not allowed to meet or call up anyone. Later, his wife and elder daughter also joined in.This incident about the attacks on well-known civil rights activists and advocates must be viewed in the backdrop of the spike in the number of incidents wherein the governments have slapped Unlawful Activities Prevention Act (UAPA) and Sedition charges against many civil liberties activities in the state. These attempts must be viewed as an attempt to threaten the advocate and lawyers fraternity from taking up cases wherein provisions like UAPA are invoked. If such attacks continue, soon none of the lawyers will be willing to take up these cases. Though we do not know till when will these raids go-on, it seems like that they have collected the books from Rahunath’s residence and it is likely that they would take these books as we have seen similar cases.’

It must be noted that just a few days earlier, the National Investigation Agency (NIA) had taken over the cases registered by police in Visakhapatnam and Guntur of Andhra Pradesh against 64 persons including known Adivasi, Dalit and human rights activists in southern India for allegedly having links with the naxals based on the statement by arrested people including Pangi Naganna of Pedabayalu.

PUCL in a statement noted that,

‘This is just a witch hunt and an effort to silence our activists, who have stood up against injustice and questioned all Governments. All these people were challenging anti democratic laws, illegal arrests and other undemocratic practices of the Indian State and their respective Governments of AP and Telangana,  along with challenging caste and patriarchal violence against women, the hegemonic attacks by the Hindutva forces against Muslims, destruction in the name of development, protecting the land and forest rights of the people etc. Most of these activists used the tools of fact finding committees, cultural expressions  oragnised meetings, rallies and dharnas, putting out press releases pamphlets etc, which was not acceptable to the YS Jaganmohan Reddy Government, who got these illegal cases filed. So they filed FIRs under sections of the UAPA, which was a sinister move to get activists to stop all work.’

The civil liberties organisation also observed that, the Government of Telangana also has been filing false cases against the leaders and members of such organizations. 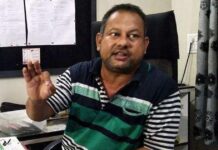 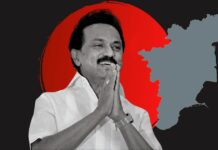 UP: Thousands of Ambulance Drivers on an Indefinite Strike Against Yogi Administration