Dozens of lawyers, students, and other activists were detained on 10 May after they gathered to peacefully demonstrate against the mishandling of a complaint of sexual harassment against the now Chief Justice of the Supreme Court, Ranjan Gogoi. Against the complaint, the Supreme Court attempted to deal with the matter using an in-house committee comprising of judges who are junior to the accused, violating principles of due process.
The demonstration only involved holding of placards and wearing of black masks across their mouth, while marching from the High Court to nearby Mysore Bank Circle. The police claimed to be holding the protesters as a preventive measure. However, the demonstrators had given due intimation to the police informing them of their intent, with an acknowledgement received. Those who were taken by the police were held in Halasuru Police station for about two hours before being released.

The demonstration was held on the same day that similar demonstrations were happening in other cities across the country. The demands were:
1. The Full Bench of the Supreme Court should restore public faith by taking steps to correct the grave injustice done to the complainant.
2. Follow due process and appoint a new committee which shall adhere to Vishakha guidelines, POSH Act, and protect interests of the complainant.
3. A copy of the Justice Bobde panel report should be given to the complainant immediately.
4. Provide adequate protection to the complainant.
5. That a retired woman Judge as an external member of the committee must be appointed.
6. That a respectable senior woman member of the Bar could also be considered as amicus curiae (friend of the court).
7. That the grievances raised by the complainant such as allowing her legal assistance by a lawyer should be redressed.

The complainant, a former Supreme Court staffer, had submitted a sworn affidavit to 22 judges on April 19, accusing CJI Gogoi of sexually harassing her on two occasions in October 2018. The CJI has denied the charges, claiming that the allegations were a part of a ‘larger threat to the judiciary.’ 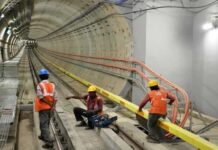 Its Farmers Vs Corporates, not about political parties: Farmer Organisations