Since 2019 there has been a wave of fee hikes across the country. Students have led hunger strikes, indefinite protests, and demanded that the fee hikes be rolled back. In some universities the fee hike has gone up to 200%.

Currently students of Pondicherry university have been on protesting against the administration to bring down the fee hike that has been upped by 200%. Student Council leader Parichay Yadav said that the University has hiked the total fees of all academic courses by 88%, the MCA fee has been hiked by 225%,  MBA by 124%, MSc and MTech by 182%, PhD program by 56% and the five year integrated program fee by 51%., Students have been on a strike for over 29 days. They were intimidated by the administration with the notice that strict action will be taken against them. They were also detained and forcefully evicted from the premise. Not surprisingly the police manhandled the female student protesters and shamed them for wearing sleeveless clothes on campus. The shaming, assault, and violence against female student protestors has been common to most universities which protesting against the privatization of education. Students from PU have now begun an indefinite hunger strike to increase pressure on the administration and fight the ‘sheer indifference of the administration.’

Right to Education- The fight against the privatization of Higher Education

When JNU students were protesting against the Fee hike many of them were brutally beaten up by right wing goons. Students have been fighting multiple battle since August of this year, protesting against section 370, agitating against CAA, NRC, and NPR, and fighting the administration against fee hikes. There are universities across the country including Hyderabad University, JNU, Pondicherry University, IIT, IIMC, FTII, TISS, Ayurvedic colleges in Uttrakhand that have protested against the fee hikes. Some Universities have rolled back the hike but many have not. SC, ST, OBC students have been worst affected by this fee hike.

The case of other universities

Students from various ayurvedic colleges in Uttarakhand have organized rallies across the state to oppose the 170% fee hike. The Uttarakhand High court had ordered the fee hike to be rolled back but the order was not implemented till November 2019.

The problem with Privatization

Students have been sitting in protests across the country and many of these protests have gone unreported in popular media. The media silence over these issues has been telling of their role in silencing the issue. Privatization of the country’s education system means that the corporates gain more and the government can continue to reduce the education budget.

The privatization of education has been a goal for this government. Universities that are hiking their fee are doing so to reduce their dependency on Public funding. The educational budget has been only 3% of the GDP in 2019. The average percentage should be above 6% if India wants to meet the need of education for all. 6% is the minimum the government needs to spend on education but is spending half of that currently. With the privatization of the education sector only the rich will be able to send their children to school and the worst affected will be the poor. With jobs being scarce in the country, the lack of education can lead to further slow down of economic growth.

Over 60 percent of the Higher Education institutes are privately owned (directly or indirectly owned). Education being privatized means that everyone will not have access to it. As a human right, education needs to be made available to all. Denying this right is a gross violation of everyone to have the right to be educated and demand better futures for themselves. This anti-poor practice ensures that only those who have the money will be accepted to these institutes. It will be argued that the rich have more merit and those who do not make it do not deserve education. Instead of demanding the government to provide free education, people will be made to believe that the right to education only belongs to a select few. The education institutes will be filled with one group of students which will translate into the same for jobs and government positions

Private institutions have had long histories of not upholding the government mandated rules and regulations like not following the mandated reservation policy, not enacting POSH committees, to making Higher education unattainable for anybody but the rich. Multiple cases of students dropping out of education, being harassed by the university, and committing suicide due to the fee hikes have come into light. Private Universities that provide scholarships still discriminate amongst students and many have to take loans to pay of debt, for which they take up odd jobs. Students who have to take loans often have to families to support and the crippling debt of the loans pushes them further into difficult situations. Privatization and student debt has been extremely detrimental to US students and has kept many out of education and this could be the case for Indian Universities as well.

The Acquittal of Kerala Bishop: Visible Biases in the Rape Case Verdict 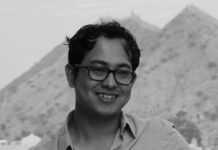