The inhumane act of the murder of George Floyd by Minneapolis Police officer has triggered spontaneous resistance across the US. As the #BlackLivesMatter gathered momentum and took the form of an Anti-Racism Movement in the USA and spread elsewhere, the activists took down to the statues of prominent leaders. This was done to denounce the racist and oppressive histories and lives that they stood as a symbol of. In the US, while Confederate Monuments were struck down, many busts of the well-known leaders were busted across the world. This included the ones of MK Gandhi, Christopher Colombus, Winston Churchill amongst others. With this, there is a growing demand in India to remove the Manu statue from Rajasthan High Court.

On 1st July, Dalit leader, activist, and MP from Tamil Nadu, Thol. Thirumavalavan tweeted in support for #ManuMustFall. He has mentioned in his tweet that the Statue of Manu, who wrote Manusmriti stands in the Rajasthan High Court. The MP from Tamil Nadu has also mentioned that the Laws of Manu are the basis for the birth-based caste hierarchy and that the Indian Constitution was totally antithetical to the Manusmriti. He has also added that the statue was an insult to the constitution and must be removed.

#ManuMustFall The statue of Manu, who wrote Manusmriti stands in the Rajasthan High Court. Laws of Manu are the basis for the birth-based caste hierarchy. Our Constitution is totally antithetical to Manusmriti. His statue is an insult to the Constitution & must be removed. pic.twitter.com/un2S7aDiVb

It must be noted that this is not the first time that there has been a call to remove the statue. On October 8th, 2018, anti-caste activist and district president of ‘RPI-Kharat’ Kantibai Ahire along with Sheela Pawar had smeared the statue with black paint.

This is fight of self respect. Don't wait for anyone else. No one will support you if you yourself are silent on your issue. Unite & give a big punch saying #ManuMustFall

It time to Bring Down Manu, the Symbol of Casteism, Patriarchy, and Misogyny!!
Rajasthan CM @ashokgehlot51 & @INCIndia leaders @RahulGandhi & @priyankagandhi must ensure the removal of the statue from the premises of Raj. High Court.#BringDownManu #ManuMustFall pic.twitter.com/75Dgct8iVJ

Ambedkarites across the world celebrate Manusmriti Dahan Divas on 25th December each year to commemorate the historical Mahad Struggle led by Dr. BR Ambedkar. Under Ambedkar’s guidance on that day, the untouchables not just refused to lift the dead cattle belonging to the Hindu’s but also questioned the fundamental understanding of Hindu social order which based itself upon caste hierarchies. The oppressive and casteist Hindu social orders are understood to derive its legitimacy from the Manusmriti that Manu had prescribed.

Manu's thinking was short, he created his own history, robbed the poor, those who were weak were suppressed, Ramayana Mahabharata was coined in his scriptures. By making the world mad, some of the history makers who were taught their own scriptures were erased.#ManuMustFall pic.twitter.com/JYrMOwfPcr

Manu is neither matter of faith nor law of justice. He is matter of atrocity & terrorism. As per @UN charter, Manu's social order is utter heinous & anti HR. #ManuMustFall

Not just Thol. Thirumavalavan, but many other activists and leaders have joined in the call for bringing down the Manu statue. Martin Macwan, a noted Dalit Human Rights Activist from Gujarat has addressed a letter with at least 850 signatories demanding the removal of Manu statue from the Rajasthan High Court premises. At least 20 lakh people had written for the same cause in an earlier attempt as well.

Since people are talking about Manu today, I should reiterate for the Gen Z that Manu is not a historical figure. He is a mythical sage. Manu DID NOT write Manav Dharma Shastra aka Manusmriti. He was merely a narrative device. #ManuMustFall

Read about: Activists’ condemnation of the Misogynistic and Patriarchal Order of Karnataka HC Judge

Martin Macwan and his group have launched a MISSED CALL campaign to ensure that this movement becomes widespread and reaches many more especially the rural communities.  A missed call on 9823157779 will help us to see how many people support the campaign. 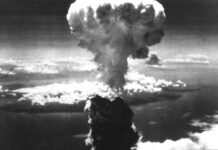