In an important judgment, Allahabad High Court has held that requirement of publication of notice of intended marriage under Section 6 and inviting/entertaining objections under Section 7 of the Special Marriage Act is not mandatory.

The Court referred to various decisions of the Supreme Court namely Justice K.S. Puttaswamy (Retd.) and another vs. Union of India and others; Navtej Singh Johar and others vs. Union of India; Shakti Vahini vs. Union of India and others, on the Right to privacy and right to life and said it would be cruel and unethical to force the present generation living with its current needs and expectations to follow the customs and traditions adopted by a generation living nearly 150 years back for its social needs and circumstances, which violates fundamental rights recognized by the courts of the day.

“There is a long chain of decisions growing stronger with time and firmly establishing personal liberty and privacy to be fundamental rights including within their sphere right to choose a partner without interference from State, family or society”, the High Court said.

It added that there was no apparent reasonable purpose achieved by making the procedure to be more protective or obstructive under the Special Marriage Act, under which much fewer numbers of marriages are taking place, than procedure under the other personal laws.

It also directed the circulation of a copy of the judgment to the Chief Secretary of the State of U.P. to forthwith communicate the same to all Marriage Officers of the state and other concerned authorities as expeditiously as possible for compliance, since the matter related to the protection of fundamental rights of a large number of persons.

The court was hearing a habeas corpus petition filed by the husband of a Safia Sultana, who after converting to the Hindu religion and being renamed Simran, married Petitioner no.2 as per Hindu rituals. However, the father of the woman was refusing to permit her to live with her husband.

The petitioners contended that they could have solemnized their marriage under the Special Marriage Act, 1954 but the said Act required a 30 days notice to be published and objections invited from the public at large. They said any such notice would be an invasion of their privacy and would have definitely caused unnecessary social pressure/interference in their free choice with regard to their marriage.

The personal laws, the petitioners said, did not impose any such condition of publishing the notice and inviting and deciding objections before solemnizing any marriage.

The petitioners urged the court to revisit the Special Marriage Act in view of changing societal patterns, amendments made to the Act as well as the law declared by the Supreme Court in the last decade with regard to privacy, liberty and freedom of choice of a person, to decide whether with the change, they were to be treated as mandatory or directory in nature.

Last year, the Delhi High Court agreed to examine the petition challenging the provision of issuing a public notice to invite objections to marriages under the Special Marriage Act. 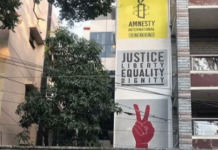 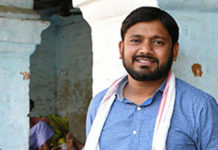 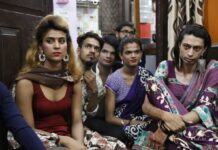