The decade from 2010-2019 was the decade of mass protest. Across the world, people have been rising against the tyranny of neoliberalism in its many forms. People have come out in large numbers protesting the corrupt government, authoritarian leaders.

Things looked similar nearly a century ago. Suppression in the name of fighting terrorism, unimaginable wealth inequality, nation-states all too eager to throw their people into wars marked the original classical liberalism.

On the cusp of this era, Luxemburg studied the first Russian Revolution of 1905 in a pamphlet titled The Mass Strike. The Mass Strike is a classic in learning how movements evolve.

Unlike many of her contemporaries, Luxemburg wrote in a very open and inclusive way. She would put together many voices to show how the broader society worked. She emphasized that revolutionaries had to read the ground and pay attention to how the masses are remaking the world on their own terms. Democracy could not be taught by an educated party member, but rather the educated party member would have to look with wonder on how the masses are recreating themselves and the world around them in a revolutionary

Movements have a life of their own. They are unpredictable. They succeed and fail, erupt instantly and die down for years. Often people bear great hardships without any response, and sometimes they break out at the slightest provocation. Ultimately, win or lose, slowly over years or quickly in an instant, these movements take us closer to revolution.

Learning while Doing: The Pedagogy of Action

Many thought that mass struggle was a means to an end, but to Luxemburg, the struggle was the end. Mass struggles express disaffection, collectivize movements, and act as teaching moments in the consciousness of the masses. We sometimes fall into the trap of planning, thinking that movements need to be properly thought out, a series of successes, victory after victory. Luxemburg knew that this might be how a war is won, but not a revolution. Revolutions are uncertain, onward moving, and with mixes of successes and failures, building on the mass struggle.

In the struggle, the masses shape society. The forces of history are not intellectual abstractions but they directly teach the masses by their consequences. Neither quiet reforms nor erudite party positions engage the masses in the way ground-level action and its history does.

In Luxemburg’s time, these protests were in the form of strikes, where whole towns, sectors, or countries would declare a total strike. This allowed the Working classes to fully understand their own power as the hands that moved the economy. In recent times, mass demonstrations have been about occupying public space. Unlike the Mass Strikes of Luxemburg’s time, people here are not withholding their labor to force their demands on the powerful. Instead, the display is an end onto itself. People fight to express their dissatisfaction, but even that is enough to challenge the power structure. Those in power now cower at simple displays of disaffection by large groups of people. This might be rooted in the fact that isolation is how power works today. In a neoliberal world, when capital moves quickly, bursts of displays by the population stand as a threat.

Demonstrations come from a sense of powerlessness, but that powerlessness can change society when it confronts powerful forces. Powerlessness can make powerful uncomfortable. By its existence, the powerless exposes contradictions in society and can make an impact. The powerful try to respond by hiding the powerless, regulating them to the margins. When different groups air their grievances through the occupation of public spaces, their active visible presence shakes the conviction of the powerful. Presence becomes a source of new power. Every protest, every struggle, and every tactic can move society, unpredictably, and to a state where the masses have more control. Every demonstration becomes a teaching moment for the world. The cumulative effect is what leads to a change in the order of things. The movement might die down, due to exhaustion or suppression, but they can easily arise again.

Luxemburg was careful to note that not all struggles should be supported by socialists. Though she was Polish, she was critical of the Polish independence movement. Even though it had mass support, she asked leftists not to support the struggle as it would strengthen the reactionary elements of Polish society. In the midst of various struggles, leftists still need to use their heads and support struggles that were built on progressive movements and worker’s struggles. Reactionary movements run by the bourgeoisie, aristocrats, and war-mongers could harm, as they could slow down or even reverse gains made by the working class. However, good or bad, history and experience was still the best teacher for the movement.

Recently, in India, with the Farmer’s protests against the recently passed Farm laws, we have seen an evolution in the struggle. The protests, in themselves, highlight many problems in society that go beyond the Farm laws, like the demonization of dissenters, political prisoners, the arbitrariness of law, impunity of the state, and the double standards of democracy for the rich and authoritarianism for everyone else. The movement has also brought in groups, previously unconnected with the farmer’s struggles, like students, labor unions, and even international observers. Looked at historically, the movement also proceeds with strengths and limitations building from earlier struggles and remaking the global system. The future demonstrations will learn lessons from this one, as this one learned from previous demonstrations, and onward the wheel will turn. As Luxemburg wrote over a century ago, these struggles are not decided or made, but arise from the masses, forming chapters in the book of history.

The author is a mathematician and a political observer based in Bangalore. He would like to thank Ramdas Rao for his helpful comments and feedback. 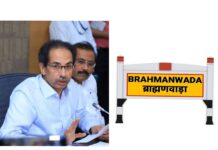