On Monday, former Jawaharlal Nehru University student leader Umar Khalid was arrested by the Delhi Police Special Cell under the Unlawful Activities (Prevention) Act (UAPA) for his alleged role in the Delhi riots. Khalid’s arrest had been met with an outcry from people online under the hashtag IStandwithUmar. This includes stand up comedian, Kunal Kamra.

“Last we spoke, he told me that they have been intimidating powerless people who were close to Umar & the Delhi police is forcing them to testify against them. He laughingly said that every night I hit the bed thinking this could be the last night I spend at home. I think his merit was decided at his birth….

I have never felt this feeling of helplessness & anger because there’s no grey area (sic), another side, a possible doubt in my mind which makes me think he did something wrong for which he deserved to be jailed under UAPA….My conclusion is politics is not a place for people like Umar.”

Khalid is one of the many students, Muslim activists, academics, and journalists who had been peacefully protesting against the CAA and NRC. State forces have now framed many of them as the inciting forces for the Delhi Riots (which many refer to as an “anti-muslim pogrom”). This is part of a pattern where victims of riots and activists who spoke against it are being falsely implicated through UAPA. This includes Safoora Zargar, Pinjra Tod activists Devangana Kalita and Natasha Narwal, and Sharjeel Imam. Meanwhile, the police haven’t attempted arresting BJP member Kapil Mishra who incited violence against peaceful protestors, especially Muslims, by saying “Goli maron salon ko!” (“Shoot the bastards!”).

Besides the Delhi Riots, police also arrested members of the Kabir Kala Manch, Jyoti Jagtap, Sagar Gorkhe and Ramesh Gaichor in the last. However, anti-caste activists criticised Savarna leftists and liberals for lack of support.

Unpopular opinion but Umar Khalid does have privilege. He has the support of mainstream actors, directors, comedians, politicians, etc. How many of these people spoke out when 3 Dalit activists of Kabir Kala Manch were arrested in Elgar Parishad case? Their activism is selective.

Besides Kamra, entertainers such as Prakash Raj and Shehla Rashid have also spoken in favour of Khalid, and against UAPA.

It's like 2016 all over again, when @UmarKhalidJNU and others were arrested. The relentless targeting of Umar Khalid and several other academics, activists, progressives is an attempt to silence a nation of one billion, 1/6th of humanity! The world should be bothered by all this. 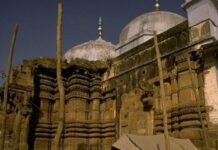