The fires that BJP leader Kapil Mishra stoked on 23rd February has burned down several neighbourhoods in Northeast Delhi. The violence that ensued has taken 42 lives so far and has left hundreds injured. The houses, shops, and properties of Muslims have been burnt down to ashes.

Out of those 42 deaths, the one death that has gotten all the media attention is the murder of an IB staffer Ankit Sharma. The family of the Ankit has blamed AAP member Tahir Hussain. He has been booked under kidnapping and murder, a FIR is lodged against him, and he has been suspended from the Aam Aadmi Party.

Tahir Hussain has denied all the charges and says he was not at the property on the day of Ankit Sharma’s murder. But mainstream media has already declared him the mastermind of Delhi violence in its media trials. There are videos being circulated on social media and TV channels where Tahir Hussain is seen holding a stick in the same building where a big mob has gathered and is throwing stones and petrol bombs. According to Tahir Hussain “, People forced themselves into the compound of my house and I was trying to remove them from the premises. I kept calling 100 but the phone would not connect. At 7.00 in the evening was when the Police came and helped me get out”. Hussain said post 11.30 PM he did not go to his house. Hussain said he had no access to his house on the 25th of February as it was cordoned off by the Police.

#AAP councillor Tahir Hussain was rescued by @DCPNEastDelhi Ved Prakash Surya on 24th February after a mob attacked his home.

Here's what Tahir has to say.

Do listen and out this as a slap on every BJP thug trying to blame someone who is himself a victim of the riots.

According to forensic reports, Ankit Sharma died on the 25th of February. Yunus Salim, the President of the Aman Ekta Committee, confirmed that Tahir was in the house on the 24th but he was trapped and had to be evacuated from the house by the police.

Kapil Mishra, a BJP member, was the instigator of the 23rd February violence used to be in AAP until 2017. At that time, it was Tahir Hussain who helped him win the MLA seat from the area when he was in AAP.

Kapil Mishra is now calling for Hussain’s arrest, sharing videos of Hussain’s roof being used to throw stones as proof that Tahir is behind the murder of the IB staffer. The same videos are taken up as credible evidence by news outlets to frame Tahir Hussain.

The media has been biased in the reporting of both Tahir Hussain and Kapil Mishra’s role in the riots. Popular media channels have been quick to label Tahir Hussain as a terrorist. Hashtags like #Tahir_Hussain_Terrorist, #TahirOnTheRun, #TruthAboutDelhiRiots, #HinduonKoMarnaBandKaro are being used by channels like Republic TV and Times Now. Zee News has also called him the mastermind of the Delhi riots and running a riot factory. Arnab Goswami claims that Hussain led the riots and was involved in the mass butchering of people. He also claims that no one should believe that Kapil Mishra’s statement provoked people to violence instead it was Tahir Hussain’s “bloodthirsty” mob that is responsible.

Hussain fits all the checkboxes for popular media to shift blame away from Kapil Mishra. He is Muslim and an AAP member. On the other hand, Kapil Mishra has gotten away with a slap on the wrist by media outlets. Most of these channels have started to now cover the peace rally that Kapil Mishra aims to hold. He is being painted as a peace-loving political figurehead who could not instigate violence through mere words.

The media has covered up the blood that BJP has on its hand by blaming a Muslim as the mastermind of the riots. The argument that is being used is that the riots have not been anti-muslim as the leader of the riots is Hussain and they have harmed both Hindus and Muslims. This has given relief to both BJP and new channels. They can now continue to undermine the Anti-CAA movement and have more ammunition by blaming the riots on Muslims.

The BJP government too has been quick to lay blame on Hussain and has refused to acknowledge the role that Kapil Mishra, a BJP member, played in the riots. In multiple videos, Kapil Mishra is seen inciting violence against Muslim anti-CAA protestors.

The main question that needs to be asked and many Muslims have been asking is where was the police when people were calling for help? Why were the police not stopping the violence, instead why was it aiding it? Multiple videos have come out which show that the Delhi police was involved in assisting and being actively involved in the riots and supporting right-wing goons. None of these allegations have been answered by the BJP or the Delhi Police. The allegations on Tahir Hussain instead have taken central precedence. Tahir Hussain has become a convenient scapegoat for all parties to hide behind, including AAP. AAP has been equally culpable in the violence that was undertaken in Muslim areas and have not spoken out against the BJP or demanded answers from it.

The riots, even though clearly organized by the Hindu right-wing have not been linked to any organization. Kapil Mishra is still part of the BJP and no action has been taken against him. This seems to be a clear move to divert attention from the loss of multiple Muslim lives and the number of Muslims who have been injured.

Reports have come in that the police had allowed full access to reporters to Tahir Hussain’s house. The forensic team arrived at Hussain’s house only a day later, which raises the question of why there was a delay in collecting evidence, especially since the media could have tampered with the evidence.

AAP has suspended Hussain, to distance themselves from their involvement in the violence.

K Satyanarayana and KV Kurmanath Have Appeared Before NIA, Will Continue...

If Congress comes to power, it will abolish Anti-conversion law: Ex-CM Siddaramaiah

Emerging cracks in SP-RLD alliance and a desperate Shah 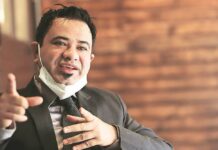 West Bengal Elections: Can the fragmented opposition take advantage of the...