Kerala on Tuesday became the first state to move the Supreme Court against the contentious Citizenship Amendment Act (CAA), 2019.

The Kerala government under the leadership of Pinarayi Vijayan on Tuesday moved the Supreme court against the citizenship Amendment act. The petition is filed under Article 131 of Constitution challenging the validity of the recently enacted central legislation that grants citizenship to illegal immigrants belonging to six religious communities barring Islam and have come to India from Pakistan, Bangladesh and Afghanistan.

Kerala government has sought the law to be declared unconstitutional and in violation of Article 14 (Equality before law), 21 (Protection of life and personal liberty) and 25 (Freedom of conscience and free profession, practice, and propagation of religion) of the Constitution.

The Supreme Court is already hearing over 60 petitions against the law amid nationwide protests against the contentious legislation.

The suggestion to move the apex court had come up in December when the representatives from several political parties in Kerala and religious organisations had met to discuss the issue.

On December 31, 2019, the Kerala Assembly passed a resolution demanding the scrapping of the CAA, amid raging countrywide protests against the legislation. The resolution was moved by CPM leader and Chief Minister Pinarayi Vijayan and seconded by Congress leader and Leader of Opposition Ramesh Chennithala. The CPM and Congress had earlier organised a joint protest against the law in the state.

Kerala government has also stayed the preparatory works in relation to the National Population Register, which is believed to be the first step towards the National Register of Citizens.

The suit also challenges the Passport (Entry to India) Amendment Rules 2015, and Foreigners(Amendment) Order 2015, which had regularized the stay of non-Muslim migrants from Pakistan, Bangladesh and Afghanistan who had entered India before December 31, 2014 on the condition that they had fled religious persecution from their home countries.

It also argues, “The Impugned Amendment Act and Rules and Orders are discriminatory in so far it covers only religious persecution, among persecutions on very many grounds, of an irrationally chosen class of minorities in an unreasonably chosen class of neighbouring countries.”

Vijayan said the new law was “part of a larger agenda… against the Muslim community”. Chennithala said the state should stand united against the law.

After Bengal, Kerala became the second state to order a “stay (on) all the activities connected with the updation of National Population Register (NPR) in the state forthwith”.

The contentious legislation passed by Parliament during the Winter Session in December last year makes Hindu, Sikh, Buddhist, Jain, Parsi, and Christian migrants from Afghanistan, Bangladesh, and Pakistan eligible for citizenship of India. It does not mention Muslims.

Police Crack Down on The Peaceful Protests By The Farmers in... 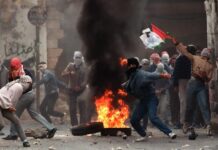