After failing in its Hindi language imposition through  “One Nation One language” campaign, BJP once again tries to impose national identity over regional identity when state education minister C.T. Ravi, oppose the hoisting of Karnataka flag on Karnataka formation day on Nov. 1.

Many districts and taluk offices of Karnataka admitted that there is an order from the state government to not hoist the Karnataka flag.

Officials in district headquarter of Koppal and Sindhanur taluk had passed an order to hoist the only national flag and not Karnataka flag on government buildings on Nov 1st.

Somehow, the rumor of such an order also spread to other districts and there are also government offices hoisted National flag rather than Karnataka flag.

Contrary to all this, chief-Minister B.S. Yeddyurappa hoisted the Karnataka flag in Kanteerava Stadium in Bengaluru City.

Meanwhile, Suresh Kumar, Minister for primary education, said through his facebook account that two officers are responsible for the entire confusion and are suspended until the inquiry into the matter is resolved.

However, how this order had been passed to administrative officers of Koppal District and Sindhanur Taluk is a million-dollar question.

Despite government assurance that no such order has been passed Kannadigas are angry and feel that the government is trying to attack Kannada identity. They took to social media to vent their anger.

thinker M.R. Krishna alleged- Government buildings are not assets of the BJP or the government led by it. BJP never guard the interest of Kannada and Karnataka.

Journalist Dinesh Kumar Dinu and Odu Siddegouda alleged that, unless there is a deliberate intention from the government to not hoist the Karnataka flag on Nov.1st, Officers would never dare to hoist National flag on Karnataka Rajyotsava. Moreover, Kannadigas are celebrating Karnataka Rajyotsava, not the Indian Independence day. 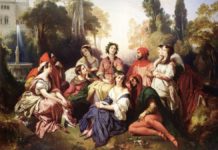