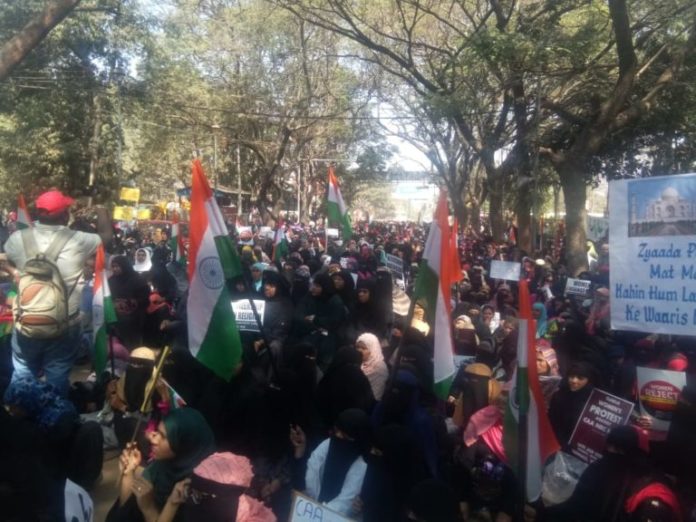 Today Tumkur district in Karnataka witnessed massive protests led by women against the citizenship act, NCR and NPR. This set an example for many women in the country and also set a stage for future revolutionary events.

In the last few days we also witnessed protests at Delhi’s Shaheen Bagh where women were the majority in number of protestors, while men and youth only volunteered the protests.

For the first time orthodox Muslim women have crossed the borders of household chores and participated in the protest in huge numbers. These women protested in harmony chanting Azadi, singing the National anthem, and shouting in chorus ‘Hindustan Hamara, Hindustan hamara.’

In the video, the women are seen applauding for the speaker’s words and shouting slogans. These women protestors peacefully sat for about two hours and listened to everyone’s speech. This phenomenon of Muslim women protesting in huge numbers can be seen as a revolutionary change in the community.

There were no men on the dais where the protest took place. From the reception, presentation, salutation and to the delivering of speech; everything was neatly handled by the women itself. These women while giving speech said- “we are Indians, we are born here, grew up here. Our families are living here even before independence. This process of citizenship registry on the basis of religion, caste, and creed should be abandoned. Why ask the question- why should we show the documents? ”

Azadi slogans were emanating from all over the area where the protest took place.

“There are many problems in the country. Poverty, unemployment, people are losing jobs. The financial situation is not good. Many businesses have been shut. At this point, instead of solving the problems, the central government is going to implement anti-people policies. Laws like the NRC, CAA are working toward dividing people on the basis of religion. People have been born here and lived here for generations. But how can people show the records of their parents, grandparents and previous generations? Are we not citizens of this country? The ruling Government should stop looking at people with suspicion. The CAA, NCR and NPR should be abandoned.”

“In India there are nomadic communities, poor people, who are deprived of basic necessities. There are still villages which have no name. Tribals, sex workers children of devadasis, Dalits, sexual minorities do not have the relevant documents. In Assam’s NRC 13 lakh non-muslims were on the list. There were many women who were not in the list. if people who were born and resided in this country are not Indian citizens then who is?” Many speakers also questioned the Government’s common sense, as to how can they expect women to keep all the records as they are the ones who are mostly exploited in society. 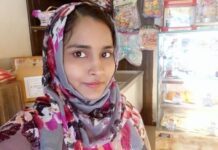 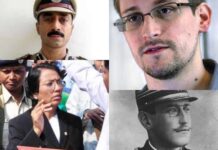 Palestinian Nakba is Ongoing: From Sheikh Jarrah to Gaza 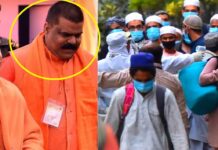 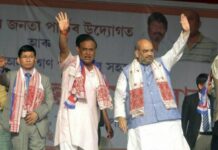 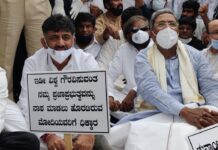