The Karnataka High Court on Tuesday directed the Central and State Government to take immediate decision on the question of paying railway fare of those migrant workers who are wanting to travel back to their states but cannot do so due to their inability to pay.

“Prima facie, it appears to us that considering the constitutional rights of the migrant workers, no one should be deprived of an opportunity to go back to his own state only for the reason that he has no capacity to pay for the transport. The reason is that inability to pay is due to loss of livelihood.”

“The State Government and the Central Government, during this difficult time, must appreciate the major contribution made by the migrant workers in a large number of public projects as well as private projects which have contributed to the improvement of the infrastructure in all the States and the improvement of the economy. At a time when the migrant workers who have made such a huge contribution are facing distress, both the Central and State governments must come forward to help them to ensure that at the earliest, they return back to their home States. Ideally, no migrant worker should be deprived of an opportunity to travel back to his home State, if he wishes to do so”

In this regard, the Court noted that as per the order of Ministry of Railways issued on May 2, the State Government which arranges for the “Shramik” trains is expected to pay the train fare. The court urged the governments to find a solution on this issue which will ensure that the rights of those migrant workers who wish to go back to their respective states are not infringed only because they are in distress and are not in a position to pay the traveling charges.

The bench referring to the communication dated May 11, made by the Home Secretary of the Government of India to the Chief Secretaries of all the States, seeking cooperation to run more ‘Shramik’ special trains to transport migrant labourers, said “If the migrant workers are unable to pay the train fare, it will be impossible to facilitate their travel at a faster rate.” In the last paragraph of that letter, the Union Home Secretary had urged all Chief Secretaries to receive all “Shramik Trains” without hindrance and facilitate faster movement of the migrant workers to their native places. Taking note of this, the bench ordered :

“Therefore, apart from the Central Government, even the State of Karnataka must look into the issue and take immediate decision on the question of paying railway fare to those migrant workers who are not able to travel due to their inability to pay”.

The bench directed the State Government to immediately convene a meeting of all the Trade Unions, Employers’ Associations and NGOs in the State with a view to ascertain whether any contribution can come from the Employers’ Association, Trade Unions and NGOs which can be used for bearing the Train fares of the migrant workers who are not in a position to pay the train fare. The State is also told to work out a time schedule for facilitating the transport of these migrant workers to their respective states and a broad time schedule be communicated to them.

The government was also told that migrant labourers be made aware of the state’s policy decision to allow them to return to their respective states by special trains. The bench said

The bench noted “even as of today, a large number of migrant workers are found on highways who are making an endeavour to walk up to their respective states”. When the bench as told that many migrants have not been paid their wages, it observed :

“The grievance about the non-payment of wages must be looked into by the State Government and its agencies”.

The state informed the court that ten trains will be arranged from May 16 to May 20, for the benefit of the migrant workers from Bihar to reach their State. To which the court suggested it to take help of all the Trade Unions and Non-Governmental Organisations, (NGOs’) who are working in the field to ensure that the assurance of the State reaches the migrant workers who have already registered with the State Government. The court has asked the governments to reply on the above aspects on May 18. The state is also told to provide details of the special trains so far arranged from various places in the state and the special trains which are scheduled to run in near future. Give details of the facilities extended to the migrant workers who are from the State of Karnataka and who are working in other States. Necessary details such as requests received by the State of Karnataka, steps taken for repatriation of the migrant workers to Karnataka, etc are to be placed on record. 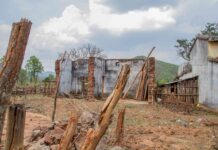 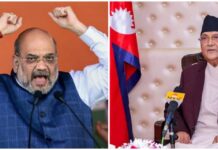 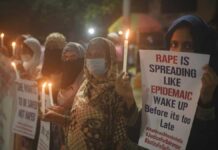