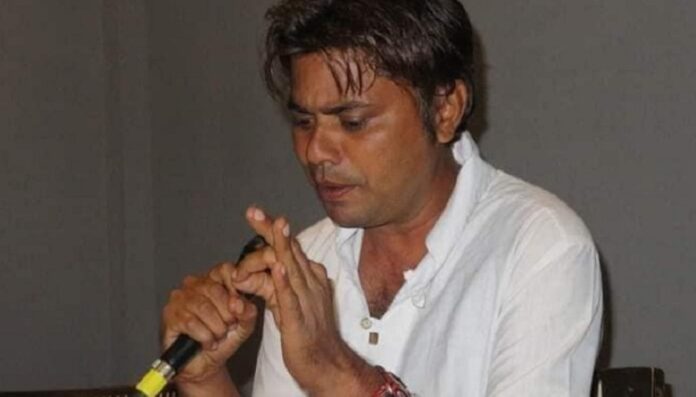 Jayesh Solanki, a social and cultural activist, one of the prominent faces associated with the Una Dalit Movement committed suicide in his native village of Bhuvaladi on 28th oct.2020.

His father had passed away some months ago. He is survived by a mother and two sister who are married.

Jayesh Solanki was active with Left and Dalit movements. He was a theatre person and a poet. He has written a collection of poems from Dalit’s perspective and was planning to release them during the lockdown period.

During Una Movement, Jayesh along with Jignesh Mevani would be together and many would gather to listen to his songs of social change.

He had told once that he is having difficulty in making a living out of theatre work as his image as a Dalit leader has been established and all NGOs that he used to work with have started to avoid him. Earlier he used to make a living by giving theatre workshops.

Jayesh comes from a very poor family and in his earlier days he used to earn a living by working in a factory. During this time, he met with some theatre persons and got engaged in theatre.

When Una Dalit movement gathered steam and generated lot of anger across the country, Jayesh left everything and joined the movement. But after Una movement he went into depression and he could never get out of it.

He has been contemplating suicide since last one year, it was his close friends who convinced him to focus on his health and see a doctor. His health was also not in good shape.

During his Delhi stay, he had expressed his thoughts on the role of caste along with class in Indian social construction. He believed that for any kind of social change caste annihilation is necessary and communists must be more alert about it.

In one of the discussions, he had said- “Social activists and communists coming from upper caste have a very shallow understanding of caste. Due to different social position also, they are unable to understand caste oppression. “

He never liked being called pro-Dalit and his understanding was very clear about class division in the caste organisation. He was also very conscious about the various facets of caste oppression. He would  target the upper caste mentality of communist movement as well as the nishkriyata of upper class Dalits with the same sharpness.

He was struggling with financial crisis and during lockdown his condition became worse. He had posted his resume on Facebook in the hope of getting work.

During lockdown many people came for help but it was irregular and not enough, so his condition didn’t improve. Lockdown and the collective economic hardships induced by it made even going out for work difficult.

His friend Tushar Parmar writes- Despite the economic hardships he did not compromised with his ideology. Jayesh had once said- I can work with corporate world and earn good money but for section of society that I am fighting for, running after money is not important.

Tushar writes- Being a staunch opponent of Capitalism, he had practised in his life as well. Jayesh had strong opinions on caste, religion and gender. He was supporter of women’s freedom and his last post was also about that.

This untimely loss of a talented Dalit social activist is nothing short of a shock. To the social activists involved in changing the Indian society trapped in the clutches of caste, Jayesh death has given a lot to think of.

Such intense feelings of injustice and resistance when not well channelised as part of collective effort can be corrosive and self destructive. We should remember Vilas Ghogre and Rohit Vemula.What do we do as such can repeat themselves…

The Electoral College: How America made its direct election indirect 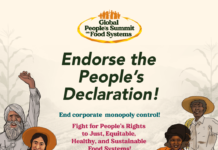 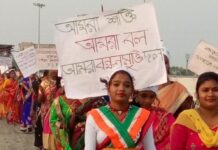 The Poll Manifesto of the Survivors of Sexual Trafficking in West...