I am deeply humbled to have been asked to write in Gauri Lankesh Patrike. Gauri Lankesh was a mentor, a guide and most importantly a friend who loved and cared for everyone extremely deeply. She touched innumerable lives through her work and fearless activism, and I feel honoured to have known her so closely, and that she touched my life in so many different ways.

For Indians who have faith in secular and democratic values, and believe that all of us are equal citizens irrespective of our gender, caste, religion or political beliefs, these are  extremely trying times. The rise and consolidation of fascist forces, wrapped in the tyrannical ideology of Hindutva, threatens to destroy the secular fabric of Indian society, which has been in existence for centuries. Just as the British, for 200 years, divided our country by pitting sect against sect, and religion against religion, the Narendra Modi-led BJP government is following the exact same formula in order to garner this false notion of Hindu supremacy. The sharp rise in mob lynchings against Dalits and Muslims, since 2014, is an everyday manifestation of the BJP’s divisive and oppressive ideology.

Apart from being hell-bent on destroying India’s social and secular fabric, the BJP government has successfully crippled democratic institutions from its independence. Today, the judiciary, the parliament and most importantly, the media have become watchdogs to the government, rather than watchdogs for the people to keep government power in check.  Which is why it is extremely important to recognise the efforts and fearlessness of journalists like Ravish Kumar, who deservedly is receiving the inaugural Gauri Lankesh Award.

Given these trying times, it is crucial for progressive forces to come together to not just fight the malice of this fascist rule, but to also provide an alternative vision to the people of our country. To seek inspiration for this we don’t need to go too far, India has been home to some of the greatest thinkers and leaders who have provided us with roadmaps of how to make Indian society more just and equal. We must seek inspiration from the teachings of Basavanna, Buddha and Babasaheb Ambedkar, while also being mindful of crafting out a new vision for modern India.

In the coming decade, India is set to become the youngest nation on the planet. This young and bustling population will require vibrant and diverse universities that foster creativity and provide this youth a space to freely pursue whatever passions they might hold. It is a devastating fact that India currently has the highest suicide rate among students in the world. It speaks of a much larger problem in our education system, when its central stakeholder does not find any hope or will to live. In the coming decade, all education reform must focus heavily to bring down this shameful number.

We must also create newer forms of industries that provide this young population decent working conditions, while at the same time ensuring the young people have enough time to explore and pursue other passions and interests in their personal life. This new and young society must also be one that provides space for all kinds of love. Nobody in this country should fear loving someone irrespective of their caste, religion, gender or sexual preferences.

While I am aware that this hope and vision seems very far-fetched in these dark times, there are still rays of hope that exist in our everyday lives. The way people like Gauri and Ravish have lived their messages and philosophies through their work and everyday practice, is inspiring countless number of people. It is now time for progressive forces from across the country to build on their invaluable work and not just get rid of the fascist forces that have consumed our nation, but also create a vision for a new, progressive, inclusive and tolerant India.

Jignesh Mevani is a social worker and lawyer. He spearheaded “Chalo Una”  movement in Gujarat in 2016 against flogging of Dalits in Una. He succeeded in bringing the issues of land rights and a life of dignity for Dalits. After the success in the movement, He also contested assembly elections in 2017 as an independent candidate and emerged victorious. He is now the MLA from Vadgam district in Gujarat. 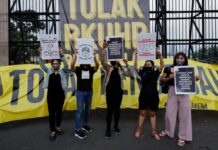 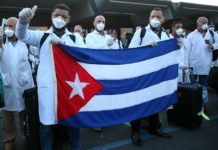