A massive student lead protest had erupted last week in Beirut, Lebanon, against two universities’ decisions to adopt a new dollar exchange rate to price their tuition, which meant a 160% increase in student fees.

The fear among the student protestors is that this 160% hike will probably be followed by all other institutions, making private institutions inaccessible to all except the elite, while also leaving public institutions underfunded and overstretched.

For the past 23 years, Lebanon’s currency has been nosediving due to political instability, economic slowdown, and reduction in cash injections from Lebanese abroad.

The Universities’ decision to price its tuition based on an exchange rate of 3,900 Lebanese pounds to the dollar came as shock to students and parents who are already struggling through the many crises’ brought about by years of political turmoil and corrupt governments, coupled now with a Pandemic and a looming food crisis due to the recent Beirut explosion.

Related Read- Banks in Beirut: How the Lebanese banks stoked public anger through the pandemic

The protest occurred near the entrance of the American University of Beirut. Security forces had fired tear gas to disperse the protestors who were trying to approach the gate. The protestors retaliated by throwing water bottles and other objects at the riot police.

A rally was carried out in Hamra, and has been dubbed as “students day of rage.” Many citizens had joined in support of the students.

“Students day of rage” in #Lebanon as universities raise tuition almost 160 percent amid a huge economic crisis in the country. The riot police is here using tear gas on the students and blockading the main entrance of AUB. pic.twitter.com/Lt18L2Ylfg

An occupation of Hamra is underway with thousands of students from both private universities and the public LU gathering to protest the dollarization of tuitions and the broader commodification of education.

The united student front isnt backing down from the regime & its allies pic.twitter.com/VIm5a1el1c

Since the 1990s and early 2000s, Lebanon had been facing a curbing of its free speech and right to dissent. This was followed by the assassination of the 2005 Prime Minister Rafic Hariri, and the Cedar Revolution.

Another wave of protests began on 17 October 2019 in Beirut against a series of measures taken by the Saad Hariri government, like the tax increase on gasoline and Voice Over Internet Protocol (VOIP)- which had been dubbed as ‘WhatsApp Tax.’

The sudden tax increase was the breaking point for many middle-class citizens who were already facing grievances for basic needs like electricity- which was being supplied only at an 80% capacity since 1990. These protests eventually lead to the resignation of the Saad Hariri government.

Related Read: “We don’t need your teargas to cry” – the dissenting pangs of Lebanon

Under the new Prime Minister- Hassan Diab, there was no significant policy change, especially since he was mainly trying to appease American and Iranian interests. However, the massive explosion that had happened in the port area of Beirut earlier this year brought about stronger protests to end government corruption and negligence, forcing the Hassan Diab government to resign amidst mass protests.

He had announced in a televised address that the blast was a crime that was a result of corruption “bigger than the state.”

Following his resignation, PM Saad Hariri was reinstated into office to form a new cabinet on 22nd October 2020. However, his appointment has been delayed due to differences between him and Lebanese President Michel Aoun. The politicians have been unable to decide on a new government ever since.

The citizens of Lebanon are currently leaderless, sinking into a deeper economic crisis along with steadily increasing poverty. 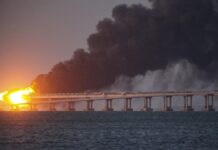 What is the problem if girls wish to cover head with... 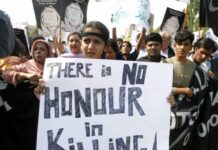