The BJP government of Karnataka has come under sharp criticism from activists for extending tax exemption to BJP propaganda film, Kashmir Files for six months, but reducing the funds  for various welfare programs meant for the poor.

The funds for the programs included Bhagya Jyoti, Kutira Jyoti etc have been slashed by the government. They are now feeling that the BJP has more concern for the film that tells half baked truth and not for the welfare of the poor.

Reacting to the announcement of the government which extended tax exemption to the film for six months, journalist Mahantesh Bhadravati’s web portal, thefile, has come out with the details of the funds allocation for these schemes.

The portal has made two separate reports, which gives clarity on the priority of the BJP government.

The BJP government on the request of Belagavi South MLA, Abhay Patil and others, offered tax exemption to Kashmir Files film. After three days of the announcement, the Finance Department has issued statements stating that the exemption will be extended for six months applicable from March 14.

The order said that the government will not collect any GST from exhibitors. The ticket prices should also be fixed as per the new  rate excluding GST.  MLA Patil had requested the CM to give five 10% tax concessions to the film.

Meanwhile, the schemes Bhagya Jyoti and Kutira Jyoti are losing financial support. These schemes mainly meant for the welfare of SC/STs. The financial aid given to the beneficiaries is declining.

Even the funds meant for Scheduled castes categories is also declining. The government was supposed to earmark at least 14.14 % in the budget for the welfare of SC/STs. But the government is slashing the fund allocation. 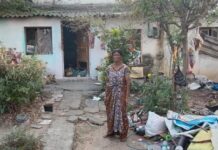 Seven Years Since the Murder of Hindutva Activist, Mother Living in...