Rahat Indori – the poet of the masses has passed away as I sit down to write this article. His poetry seemed like cannons fired to the rulers who spread communal hatred. He was raged against their conspiracy to take away citizenship.

Everybody’s blood and sweat have gone into the soil, it does not solely belong to any one person or community.

Roughly translated to – When i die, write a unique identity for me, Write Hindustan on my forehead with my blood

Listening to it one can understand the anxiety and pain with which he had sung the songs of dissent.  He was a loud voice in the protests. It was the need of the time to have Indori with us today when fascism has divided the whole country into lines of Hindu-Muslim religion. But can anyone defer death? We need to understand and believe that Indori who is no more with us would be much more influential than when he was alive.

As foundation stone for Ram Temple is laid at Ayodhya. The ones who had claimed that ‘… Mathura Kashi Baki Hai …’ are now heading to Krishna’s Mathura and Vishwanatha’s Varanasi. The hatred and destruction will continue to rise.

The one to solve Baba Saheb Ambedkar’s Rama-Krishna riddles is yet to come. On this occasion of Krishna Janmashtami, we should recall Hasrat Mohani, who truly believed in a fraternity.

The society that we live in today is in such marked contrast that one cannot even imagine coming together of Mathura’s Sri Krishna, Lenin’s Communist Russia, and the Islamic faith that Hasrat believed in. However, Mohani was a strange yet stubborn man who saw all these functioning together. He worshipped Krishna, Communism, and Islam together.

Syed Fazlul Hasan was popularly known as Hasrat Mohani (1875-1951). Hasrat was his pen name and Mohani comes from the Mohan, the town he was born in Unnao District of Uttar Pradesh.

He was a freedom fighter and an accomplished Urdu poet. Mohani’s poetry has been praised by critics and writers. Mohani responded to the political changes of his times through poetry, journalism and revolutions. He was a romanticist in poetry and a revolutionary in politics. He has authored many books and so did many about him.

Mohani was a rebel. He broke the accepted frameworks of values ​​and traditions. He is one of them who adapted the political and social realities of their time into their literature. He was vehemently stubborn. To reconcile was not his way. He had advocated for ‘Complete Independence’ when Bal Gangadhar Tilak demanded ‘Home Rule’. However, he admired Tilak and wrote poems about him in his paper. He opposed both Gandhi and Jinnah. He was very much against the Partition.

He was a staunch critic of the self-reliance doctrine advocated by Gandhi. He argued that the emancipation of the poor does not lie in how one spins the charaka. He was inspired by the Russian Revolution of 1917 led by Vladimir Lenin. He is said to have met Lenin. Though there is no evidence that Mohani met Lenin, it is certain that Mohani had met Stalin and discussed guerrilla warfare.

Mohani was a member of the Constituent Assembly. He was close to Babasaheb Ambedkar. He was the only member of the Constituent Assembly who did not sign on the final draft of the constitution. While some people say that he did not sign the draft constitution on his disagreement about the division of the country, others opine that he did so as he felt that Muslim communities’ issues were neglected.

Urdu Literary critic Akhtar Payyami said about Mohani that it was a strange phenomenon wherein Mohani, who was an avid scholar of Islamic thought and being profoundly religious, came across as an extremely romantic poet. Mohani’s lifestyle was very simple. He was inspired by socialist principles. He ran an Urdu newspaper. He had published an article challenging the British colonial policy on Egyptian education. He refused to spell out the name of the author despite tremendous pressure to do so. He carried the complete responsibility of the article. The British government accused him of treason and he was awarded a severe prison sentence. It was a sentence of heavy physical exertion of grinding 37.3 Kgs of wheat every day.

It was in the 1920s that the First Conference of the Communist Party of India was held in Kanpur. Mohani himself was the chair of its organizing and reception committee. He coined the notable slogan ‘Inquilab Zindabad’ (Long Live the Revolution!). Mohani identifies himself to be a believer of the Sufi tradition and a Communist Muslim.

Mohani was the pilgrim of the Muslim pilgrimage – Hajj Yatra eleven times. Yet, he did publish poems deeply worshipping Sri Krishna – the Hindu God. He used to visit Mathura to celebrate Krishna Janmashtami. He was a poet who memorized the poems that he sang while grinding wheat in the prison and noted them when he was released from the prison. There are also poems that he wrote when he was imprisoned in Pune’ Yerawada Jail accused of treason and was yearning to visit Mathura on Janmashtami.

Translated from Kannada to English by Shashank SR

The targeting of Journalists who speak truth to power: Felix Padel 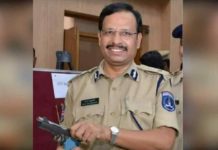 UP Assembly Elections 2022: Dent in BJP’s social coalition has aggrieved...