A number of international personalities have started commenting on the ongoing state crackdown on farmers protests, as of yesterday. This has happened shortly after Rihanna, a pop artist, shared an article on the internet shut down taking place at protest sites in Delhi, with the caption: “Why aren’t we talking about this?!”.

why aren’t we talking about this?! #FarmersProtest https://t.co/obmIlXhK9S

Following this, well known, Sweedish climate activist, Great Thunburg posted a tweet on the protests, extending support to the movement with the hashtag, #farmersprotest.

We stand in solidarity with the #FarmersProtest in India.
https://t.co/tqvR0oHgo0

Ugandan climate activist Vanessa Nakate also started tweeting about the protests; one of her tweets includes the statement: “Environmentalists for #Farmersprotest”.

Elizabeth Wathuti, another popular climate activist, tweeted about how green revolution and climate change affect the farmers in India, demanding that the world shouldn’t be silent about the same.

‘The big picture here is that India must begin to value the lives and well-being of its own citizens over the potential economic gains for its nation.’Standing in solidarity with the #FarmersProtest @LicypriyaK https://t.co/72B0SfCxCA

US Vice President Kamala Harris’s relative also commented on the situation on twitter. “It’s no coincidence that the world’s oldest democracy was attacked not even a month ago, and as we speak, the most populous democracy is under assault.”

It’s no coincidence that the world’s oldest democracy was attacked not even a month ago, and as we speak, the most populous democracy is under assault. This is related. We ALL should be outraged by India’s internet shutdowns and paramilitary violence against farmer protesters. https://t.co/yIvCWYQDD1 pic.twitter.com/DxWWhkemxW

Other celebrities and international personalities have also piped in. Social media influencer and actress, Amanda Cerny shared an image of a female protester, captioning it with the statement, “The world is watching. You don’t have to be Indian or Punjabi or South Asian to understand the issue. All you have to do is care about humanity.”

“Lily Singh, a popular influencer known for comedic videos on Youtube, also responded to Rihanna’s tweet, mentioning how the farmers’ protests is a “humanity issue”.

Yes! Thank you so much @rihanna. This is a humanity issue! #IStandWithFarmers and this narrative is TIRED. ❤️ https://t.co/H0h5EM7mNW

A number of politicians from the UK and the US, have expressed concern and support for the farmers’ protest on social media. Jim Costa described the situation in India as troubling and mentioned that it is being monitored.

The unfolding events in India are troubling. As a member of the Foreign Affairs Committee, I am closely monitoring the situation. The right to peaceful protest must always be respected. #FarmersProtest

Solidarity to the Indian Farmers.

In an era where political leadership is lacking we are grateful for others stepping forward#FarmersProtest pic.twitter.com/jdZnGWURBl

Also read: ‘BJP is Responsible For the Violence of January 26’: Rampal Majra, a Senior Leader of BJP Quits the Party

Al Jazeera and Associated Press Offices Amongst Others Destroyed By Israeli... 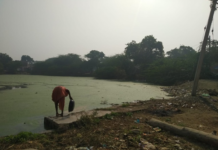