One could argue that the absence of the founding ideals of democracy, such as equality, liberty and fraternity, in our past customs, in the imagination of our past societies, and the many religions practised here, has led to the difficulty in our acceptance and practice of those values in the present day. If that is true we should have understood these ideals and inculcated them within ourselves and moved on after becoming a country with a constitution and universal adult franchise. Although we have been able to understand the concepts of equality and liberty, at least on a theoretical level, maybe because of our interpretation of the word fraternity as Bhra-thru-thva, we may not have been able to understand the real meaning and importance of the word and have miserably failed to implement it.

Ambedkar said ‘Positively, my Social Philosophy, may be said to be enshrined in three words. Liberty, Equality, and Fraternity. Let no one, however, say that I have borrowed my philosophy from the French Revolution. I have not. My philosophy has roots in religion and not in political science. I have derived them from the teachings of my Master, the Buddha. In his philosophy, liberty and equality had a place, but he added that unlimited liberty destroyed equality, and absolute equality left no room for liberty.

In his Philosophy, the law had a place only as a safeguard against the breaches of liberty and equality; but He did not believe that law can be a guarantee for breaches of liberty or equality. He gave the highest place to the fraternity as the only real safeguard against the denial of liberty or equality or fraternity which was another name for brotherhood or humanity, which was again another name for religion’. [BAWS Chapter 17, page 503]

Post-independence, Ambedkar was concerned about India’s political system. He had explained several challenges that India faces as it implements a democratic system. He had said that ‘Democracy is more than a political machine, It is even more than a social system. It is the attitude of mind or a philosophy of life’. Having declared that the survival of such a democracy depends on the socialisation of the hearts and minds of the people living in it, he called the democratic society a prerequisite for a democratic government. Fraternity is an important quality that is necessary for the creation of this democratic society. He had said that we can find this in the principal of Maitreyi taught by the Buddha. To be able to see all other living beings with love, to respond to the pains and sorrows of fellow citizens, to be able to see fellow citizens as one’s own people, such a feeling of brotherhood is maitreyi. Ambedkar believed that this maitreyi or fraternity is at the root of democracy, and he also imagined the feebleness of a democracy where this root has not burrowed deep enough. [BAWS Chapter 4, pages 281-287]

Babasaheb used to say that the reason democracy did not grow in the past here in India is that, in India Hindu Dharma never preached the concept of fraternity. The fact that democracy was absent in Hindu society was not an accident. He said, the classification of society into Varnas and Castes, Castes and Outcastes, were not just theories but were decrees. They were all barricades raised against democracy. Ambedkar also clarified that the principle of “All are God’s children” could not have laid a strong foundation for democracy but the Hindu principles of Aham Brahmasmi and Thathvamasi had the strength to build a democracy. He goes on to discuss that Brahminism concealed this potential by creating castes and subcastes, by creating a graded system of higher and lower castes, by denying them space for common experiences and kindness needed in responding to the hardships of one another, by giving no scope for the socialisation of the people, and thus stifling the growth of democracy here.

If one observes the current phenomenon, it can be said that our education- that is of those of us on the upper layer of the society and belonging to the privileged castes -has not been successful in inculcating within us a feeling of maitreyi or the ideals of fraternity. But those who have stuck to the privileges and notions that have led to the distortion, decline, and moral decadence of our society, required this education. There was a need to invoke the moral consciousness of the people belonging to those castes that had historically exploited and committed atrocities against the lower castes. If this moral consciousness had been invoked within a majority of people, the kind of country that we had envisioned could have become a reality. We would not be seeing the dance of religious nationalism today.

Bhiku Parekh, the political scientist who was the first speaker of the Ambedkar Memorial Lecture Series at the Ambedkar University in Delhi has said ‘The idea of fraternity is neglected in much of modern, especially liberal, thought, and Ambedkar was right to stress its importance without embracing a narrow nationalism. As a victim of social inequality himself, he saw the role that fellow feeling plays in inspiring the struggle against injustices. Although one can be inspired by an abstract commitment to the ideals of equality and justice, one’s struggle acquires energy and tenacity when one can see the victims in their concreteness, identify with them, feel their pain and sorrow and make them one’s own; in short, when one is guided by what Ambedkar called ‘fellow feeling’. He was right to stress the role of moral emotions and reject a narrow intellectualist view of moral and political life.

Ambedkar’s analysis of the nation, with which he associated the idea of fraternity, is equally rich and suggestive. A nation for him was not an abstraction, a transcendental entity hovering over its members. Rather, it was nothing other than its members in their intricate relations and interdependence. To serve the nation was nothing more and nothing less than to serve its members and promote their well-being. This is why Ambedkar felt that India’s independence struggle could not be conducted in isolation from the internal struggle against its oppressive social order. As he observed, the nation is not a primordial entity but a collective creation of its members and has claims on them only to the extent that it includes them all in its self-understanding. Like Tagore and Gandhi Ambedkar’s concept of nationhood has a humanist orientation and remarkably free from the collectivism, narrowness and aggressive generally associated with it’. [Conversations with Ambedkar, (E): Valerian Rodrigues].

When the preamble of the constitution was submitted to the drafting committee on the 6th of November 1948, it became a subject of heated arguments and major altercations. But the clause that introduced the idea of fraternity in the preamble was praised and unanimously accepted from constitution assembly. In his speech on the 6th of November 1948, Thakur Das Bagwan, a member from East Punjab to the constitution assembly said, ‘I think, Sir, that the soul of this Constitution is contained in the Preamble and I am glad to express my sense of gratitude to Dr Ambedkar for having added the word ‘fraternity’ to the Preamble. Now, Sir, I want to apply the touch-stone of this Preamble to the entire Constitution. If Justice, Liberty, Equality and Fraternity are to be found in this Constitution, if we can get this ideal through this Constitution, I maintain that the Constitution is good’. That moment when the idea of fraternity, which had not appeared in any previous drafts of the constitution’s preamble, was included in Ambedkar’s preamble- it became a milestone in the idea of an independent India.

Being someone who was influenced by the doyens of modern political philosophy such as John Dewey and Harold Joseph Laski, Ambedkar strived to find equivalent ideas to modern democracy within the cultural heritage of India. He dreamt of a new nation and he built it exclusively denying a chance to the argument that the ideas of equality, fraternity, liberty, and democracy were imported Ideas from western countries, as made by some religious fundamentalists. But seventy years has not been long enough for the idea of fraternity, which was at the heart of his dream, to seep into the hearts of the vast majority of the population. The need of the hour is that we must wake up and embrace the idea of fraternity to fully realise his dream of building an India that stands on the strong foundations of freedom and equality.

The article was originally published in Nyaya Patha. It has been translated into English by Subhash Urs. 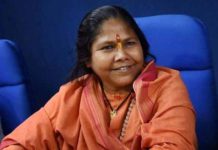